In the spirit of international solidarity, Labour members across the UK are phone-banking for Samelys Lopez, an insurgent socialist running for Congress in the South Bronx. If victorious, Samelys will be the first woman – let alone the first Afro-Latina, formerly homeless woman – to represent New York’s 15th congressional district, which is America’s poorest and neighbours that of US Representative Alexandria Ocasio-Cortez.

AOC is an old friend, fellow Bernie 2016 organiser and early backer of Samelys’ campaign. Like her own 2018 campaign, Samelys’ is strictly grassroots: driven by a massive volunteer base, small dollar donations and high-volume voter contact. However, in a campaign that has almost perfectly coincided with the worst of New York’s Covid-19 crisis, voter contact has meant phone-banking but no doorknocking.

Another contrast with AOC’s run at the House is the nature of Samelys’ race. There is no precise equivalent to the 20-year incumbent establishment Democrat AOC unseated in 2018. Instead, an unusually progressive and well-loved figure, Jose Serrano is retiring due to ill health, ushering in a pack of no fewer than 12 challengers for Samelys to fend off.

As with presidential races, Democratic congressional candidates must first win a primary. In New York this falls on the 23rd June, with early voting already underway. In a district that typically votes around 97% Democrat, this primary is what counts. That does not produce a race lacking political contrasts, however. From openly homophobic councilman Ruben Diaz Senior, who has called abortion “America’s holocaust”, to billionaire-backed establishment favourite Ritchie Torres, every part of the party’s spectrum has its candidate. Arguably the greatest contrast, though, is between Samelys and every other candidate in the race.

Passionate advocacy for a Homes Guarantee, Medicare for All and the Green New Deal are at the heart of Samelys’ platform – all informed by her own lived experience and that of her neighbours. Samelys was endorsed last week by Bernie Sanders, joining AOC, Naomi Klein, the Democratic Socialists of America (DSA), the Sunrise Movement, and many others who share her vision for a transnational eco-socialist future. Importantly, she has issued clear recommendations for the defunding and demilitarisation of police forces, amid detailed and comprehensive policy plans to transform America’s racist criminal justice system. She proudly affirms that Black Lives Matter.

Samelys’ campaign established mutual aid activities early in the pandemic, and later offered local protestors assistance with bail payments and legal advice. She spent her birthday this year cleaning the streets after a night of protests. Her growing movement boasts incredible diversity, in terms of race, gender, sexual orientation, disability, age and immigration status. The campaign’s average donation amount is $19, with 85% coming from small donors. Torres’ average donation is $293.

We believe that Samelys can win on the 23rd, and that she will be a powerful force for justice and against oppression in Washington. But success is not guaranteed. This is a moment in which electoral forecasting is the business of fools. Turnout for local primaries is typically in the region of 5%. It is unclear how the unique confluence of pandemic, mass protests and economic downturn will influence either turnout or voting behaviour. This makes phone-banking all the more crucial as one of the few canvassing tools Samelys has.

This is the logic of any insurgent electoral campaign, of course. AOC knew it in 2018. We knew it in 2019, when we phone-banked for Labour, alongside internationalist DSA members in New York City, and in February and March when we joined them again in knocking doors for Bernie Sanders. Ours is a common struggle. As an internationalist party, Labour must understand the importance of forging strong connections like these, as part of a basis for collaboration against injustices that affect Bristol as much as the Bronx.

Not many Labour members will get the opportunity to canvass for a Democratic Socialist American revolutionary like Bernie or AOC. But in Samelys’ phone banks, anybody with a laptop and a spare two hours can sit down at home with a nice cup of tea and help make history in the South Bronx. 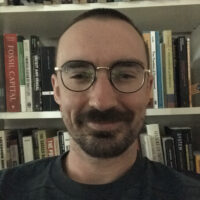 John Withington is a Labour member living in New York City and working on Samelys Lopez's campaign for Congress.

View all articles by John Withington