There can be little doubt that Labour has started to make political progress. Our leadership and party are rising in the polls and the true nature of right-wing nationalism is becoming more apparent. We have a long way to go, but we have made a good start to recovering from the disastrous 2019 election.

Perhaps the biggest obstacle to winning that election lies in Scotland, and Keir Starmer has shown himself to be aware of the scale of that challenge. Our defeat in 2015 was heavily influenced by the ability of the Tories to worry English voters that we would be dependant on the SNP. That could be repeated next time but, in fact, there is an even bigger danger.

Scotland currently sends a net balance of nearly 50 opposition MPs to the House of Commons, and that has been true since 2010. Getting rid of the Scottish MPs would increase Boris Johnson’s majority by more than 50% – and there could be a readily available way of achieving that.

If the nationalist alliance – the SNP and Greens – retain their majority in the Scottish parliament next May, they will press for another referendum on ‘independence’, or withdrawal from the UK. Johnson has always said that he is totally opposed to this move. For those who know his constant inconsistency, this must be worrying. He has no selfish interest in maintaining the union and little emotional attachment to it or anything else that does not directly benefit him.

You might think that the Scottish election would be decided on issues related to the SNP’s performance in governing. But they do not intend that to be the case. They will make their appeal by trying to add internationally minded voters to their nationalist base. In particular, they will say that they can offer Scotland the benefits of full cooperation with Europe on workers’ rights and environmental protections. This will be contrasted with the no deal or weak deal that is likely to emerge from the essentially stalled Brexit negotiations. Any failure will be blamed on Labour’s apparent acquiescence to the government’s approach.

Labour, too, supports a full deal. But it has been content to leave the negotiations to the government and has applied no significant pressure to come to an agreement. Johnson adamantly refuses to enter into a legally binding settlement with the EU on the fairness or green agenda. This is justified on the nationalistic grounds of sovereignty but is based on hard right-wing thinking. He hopes that it will enable him to conclude a permanent economic pact with Trump.

This right-wing approach has very little public support. It is a million miles from what was promised in the 2016 referendum. The only way to force it on the British public is to run down the clock on the negotiations to eliminate the possibility of the sort of cooperation with the EU that they want. That is why the government has refused any consideration of an extension, despite the massive disruption of the Covid-19 pandemic.

There is now very little chance of an extension, and that could pose serious problems for Labour. If there is no deal, the SNP will blame Labour for failing to press for more time. If there is a deal and Labour welcomes it, the party will be smeared as red Tories. If the party opposes it, it will be blamed for not acting sooner. The only answer is to articulate an internationalist and progressive agenda for the future relationship.

Brexit-style nationalism has been in decline since 2016 as people realise what is involved. It has always been unpopular in Scotland and it is this that gives a Johnson/SNP combination their chance – but it is also increasingly so in England and Wales. We should not be frightened to underline the international aspect of protecting people and the environment. Labour’s approach cannot be ‘Remain’ – and certainly not ‘rejoin’, which is simply not a political possibility. It is about protecting our planet and giving people a chance in life as opposed to the slash and burn philosophy of Donald Trump.

However, if we are to avoid the trap that lies ahead of us we must articulate clearly that full cooperation with the EU is a vital protection against extreme, right-wing politics. When the Americans get rid of Trump, a new alliance for progress will be possible and we must be ready to play our part in that. Until then, we must be vigilant against the manoeuvring of Johnson, Trump, Dominic Cummings, and the like. 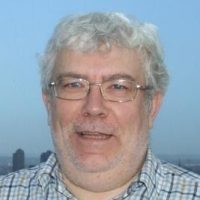 View all articles by Keith Macdonald