Labour’s national executive committee has the opportunity to build a fairer party today. By bringing elections for the NEC in line with other elections, using the single transferable vote (STV) system, we can finally move away from the outdated, undemocratic first-past-the-post (FPTP) system that is currently used. I have previously written about this reform, and as founder of Fair Internal Labour Elections (FILE) I’ve worked with Open Labour and activists across the party to build awareness.

The current one-slate-takes-all system has been favouring hyper-factionalism for too long. Unlike the preferential system for picking our leader and selecting candidates, members face the warped ‘bloc voting’ method to pick the nine candidates to represent them on the NEC. However, due to the nature of the warped system, one faction often wins 100% of the seats on less than 50% of the vote.

Under STV, voters rank the candidates in order of preference, and candidates will win seats on the NEC in proportion to the level of support that they have from the party membership. The simple, democratic switch to STV has received opposition from some of the ‘old guard’ who believe FPTP favours them. But one-slate-takes-all politics damages the whole party.

STV is supported by people from all different sides of the party. Left-wing MPs such as Clive Lewis and Sam Tarry have teamed up with soft left MPs like Alex Sobel. Activists from Momentum and Open Labour have joined forces with some from Progress to push for this issue. This is because STV doesn’t favour any one faction: it favours the party’s membership, giving them real say over who represents them on the NEC.

Nor will it abolish factions – they will still put up slates, but these slates will win seats in proportion to their support in the party. Factions will be forced to try to appeal to voters in other wings of the party, to attract voters’ second, third and fourth preferences, and so on. Under the current system, those who draw up the slates have a disproportionate amount of power. Under STV, members have the power: they can rank candidates by choice, according to who best reflects their views.

STV is a simple democratic reform, and one backed by all the deputy leadership candidates during the leadership election. This simple, popular change – equalising our internal elections – is long overdue. It will go a long way to putting members and democracy first. Nearly 1,000 members have now signed the open letter supporting proportional representation for NEC elections. You can sign it here. 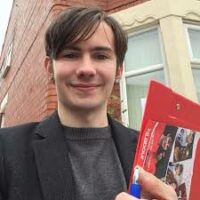 View all articles by Tom Laing