At the start of this year, I stood to be youth officer of my Constituency Labour Party (CLP). I can’t say I had any intention, let alone chance, of winning – but rapidly approaching the age when the party no longer considers you to be ‘young’, it was worth a last hurrah for my youth. More importantly, though, it gave me the opportunity to get something off my chest that I’ve been holding onto for a decade of party membership. What the hell is a CLP for?

As I pointed out to my Walthamstow comrades, Labour now has around 100,000 young members. But looking around the halls in which we have local meetings, you wouldn’t be able to see any evidence of that. The party seen by millennials and Zoomers on Instagram, which looks exciting and dynamic, is a far cry from what they’ll find if they rock up to a branch or general committee meeting. Our local parties are too often dull, lifeless and, frankly, pointless.

This is not a novel insight. I don’t know how many times I have heard someone standing in an internal party election say: “We joined Labour to change the world, not approve last month’s minutes”. Yet I’m not sure what we’ve done to deal with that frustration. In 2011, we apparently ‘refounded’ the party, but it was more tweaks than transformation.

In its review of the 2019 election defeat, Labour Together wrote that “membership had been hollowed out or disengaged from party work” in many places, particularly in those non-urban seats which we lost. Local parties lacked guidance on how to induct and integrate the influx of members since 2015, and new members were turned off by “party rules, procedures, techniques and structures”. Eager new activists found that the limited ways to get involved, either standing for a CLP post or canvassing, were unappealing and didn’t allow the local party to harness their skills and enthusiasm.

This may be a mere point of annoyance for members in CLPs with huge memberships in big cities. For local parties in small towns and semi-rural communities, however, building a bigger, reliable base of active members will be critical to winning the next election. Our current structures and ways of working are turning away even those who are engaged enough to want to join. Many CLPs with membership in the low hundreds just cannot afford to be in that situation. The way the party exists on the ground has to be making the most of those members we’ve got, and bringing new ones into these local parties.

The Labour Together report points to two concrete proposals for local parties. Firstly, opening up party meetings to the public. Secondly, creating a volunteer bank for party members to offer their skills. Both should be considered, the latter particularly. But I feel this approach is still far too limited. What the party really needs to ask is the fundamental question of what it is seeking to achieve through its local presence and how it can best do that.

Clearly, there are many functions we want local parties to have: providing a local face for the party to members and the community; engaging members in party democracy and decision-making; selecting candidates and giving them the campaign infrastructure to get elected; maintaining our link with trade unions at the grassroots; political education; embedding ourselves in our local communities and campaigning for change, even when out of power. I don’t believe anyone can honestly say that continuing with organisational methods and structures from the late 19th century is still the best way to achieve these goals.

We need an open-minded and unsentimental reimagining and reconstituting of local parties. This should explore the innovations of parties, campaigns and social movements around the world and be unafraid to look outside of political organisations too. It should draw on outside expertise, while also seeking to gain a deep understanding for why so many members are inactive and why others have walked away altogether. According to the party constitution, we exist to maintain Labour in parliament and in the country. Continuing to get things wrong locally will mean we fail on both counts. 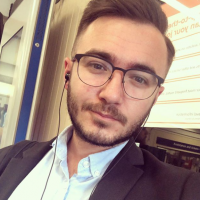 Tom King is a Labour member in Walthamstow.

View all articles by Tom King