For the past year, I have been a part of London Young Labour’s committee, and whilst I am proud of what I have achieved in that time, there is still so much to do. That’s why this year, I am standing for chair. I want to focus my experience, ideas and passion towards mobilising members, and organising campaigns. I understand the concerns of young members across London because I have spent the last five years embedded in these same struggles. Struggles for unionised workplaces and LGBT+ liberation, against exploitative landlords, and most importantly, against the Tories.

At work, I represent union members in legal action against negligent employers, and when I am not at work, I try to impress these same values upon my peers. But this is nothing extraordinary. Young workers, students and Labour members from across London and the rest of the country do exactly the same. The yearning for fair and equitable social relations, the hope for a better future and the desire to avert climate catastrophe defines my generation. It is this enthusiasm that I will harness as LYL chair. I want to lead an open, democratic, socialist London Young Labour willing to stand up to rogue landlords, exploitative bosses, fossil fuel profiteers and the cruel Conservative policy.

To serve as LGBT+ officer on this year’s committee was an honour that I did not take lightly. I fought tirelessly for LGBT+ youth whilst in post. As a socialist I understand that the liberation of LGBT+ people cannot be divorced from the realities of class struggle, and any attempt to deal with issues of identity without this analysis is no more than lip service. I know that it is LGBT+ youth who suffer disproportionately under austerity, and it is trans youth who feel the brunt of renewed attacks on their existence by transphobic ministers.

My tenure as chair, if elected, will be defined by a reinvigorated fight for social justice for all members, regardless of their sexual orientation or gender. When I organised an LYL vigil for the anniversary of the tragic Admiral Duncan attack, spoke out against Brunei’s treatment of LGBT+ people, and stood in solidarity with trans people against the dehumanising attempts to roll back trans rights by the government, I did so knowing the following to be true: there can be no socialism without social justice, and no equality without class analysis. As an unapologetic socialist and queer woman, I will always ensure that we are represented by London Young Labour.

One of my proudest moments serving on last year’s committee was the response to our protective equipment drive. In the wake of the government’s incompetence, it became apparent that we would all need to step in to protect each other. When I launched the PPE initiative (which you can read more about here), I was blown away by the enthusiasm of our members. As a result of this city-wide collaboration, goggles, visors, and other PPE was distributed to hospitals and social care facilities. I continue to be inspired by the thousands of London Young Labour members. Our ability to work together to achieve real change gives me hope for our collective future. It is moments of unity like this that fill me with great optimism that I can lead a London Young Labour that can be both powerful and democratic. The task of real socialist leadership is not to direct or instruct, but to listen.

We ought to be under no illusions that the entire labour movement currently faces enormous challenges. As the disaster capitalism of Boris Johnson and Rishi Sunak wreaks havoc across working-class communities, superficially sugar-coating austerity and attacks on workers with empty soundbites, we need a labour movement that is equipped to face such challenges. The only way to do this is through broad coalition-building and avoiding a bunker mentality.

Factions in the Labour Party do exist, and we should be honest about this fact – but factions have existed in the Labour Party since its very inception, and we must not allow these sideshows to distract us from the real goal of improving millions of lives. More than anything else, we need a Labour government and a strong union movement. My candidacy aims to unite all sections of the left and leave the in-fighting and quarrelling in the past. In fact, my decision to run for chair was informed by friends from across the movement, who supported a wealth of leadership candidates, and a wide array of socialist societies. What we all have in common is an unerring vision of a fairer society and my focus as chair will be to make this a reality for young people in London, whilst maintaining and strengthening links with other regional Young Labour groups.

I cannot wait to get stuck into the challenges ahead and with your support, I know I can continue to mobilise young people and build real, long-term networks of solidarity that can empower our movement once more.

If you want to be a part of a democratic, member-led LYL, you can nominate me here under the ‘Young Labour London Representative’ category. My membership number is L1263751. 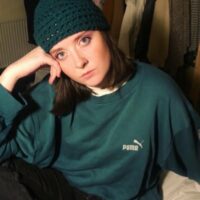 View all articles by Caoimhe Hale