The events of the past year have put Black people in the UK under unbelievable emotional and physical pressure. It has asked us urgent questions about the world we are creating for our young ones and brought back painful memories of the sacrifice of our parents. Whether it is the fresh injuries of the Windrush scandal, where we saw our elders rewarded after a lifetime of struggle by losing their homes, health, livelihood and country; the tragic toll the coronavirus is having on Black and Asian workers and their families; or the murders of George Floyd, Breonna Taylor and Ahmaud Arbery – it feels as if a renewed and unquenchable call demanding justice has been heard around the world. I hear from young people, like my daughter and my nieces, how hungry they are for justice and for real change. They don’t want to be told to be patient and to wait. Black Lives Matter, right now.

My earliest memories of the pain of racism are not about me. They’re about my little brother, towards whom I was fiercely protective. I grew up defending him from constant physical and verbal attacks. One snowy day, I remember how some other boys stole my brother’s boots, leaving him nothing to walk home in but plimsolls. The teachers did not believe him. We had to tell our father who went marching back with us to make sure we got the boots back. Today I am just as protective and just as proud of my brother and what he has achieved – but I also know how racist violence still threatens his life, and how covert racism has affected his life and career.

It is watching the racism suffered by others that affects me most deeply. It is the example of my parents that has taught me to how to respond. I saw the patient courage of my parents who never allowed racism to stand. They stood up for us each and every time – and challenged it every time. In those days, it was even more difficult than it is now, when racist street violence was so normal that my father would never walk around on his own. They always did it with great dignity and politeness, but they did it without compromise. And as lifelong Labour voters and trade unionists, they did not see it as an individual act, but one which stood up for all people experiencing racism.

It is these values that I took into the workplace. I became a trade unionist at the age of 17 when I started work for Birmingham City Council and started my life’s work: fighting for justice for all and challenging racism and discrimination wherever I found it. I always try to solve problems as constructively as possible, but I never compromise on justice. To see injustice happen in front of me takes me back to my childhood, defending my little brother from the cruelties of a racist world we could barely understand. It is these values I take into the Labour Party and on to the national executive committee. It is an honour and a responsibility to represent Labour’s BAME members. It is one I intend to use to create real change for Black, Asian and ethnic minority members.

When the histories of antiracist struggle are written, the role of Black women activists is too frequently left out. But if you look closely at our history, you will see dedicated work and struggle that keeps communities going and sustains the long campaigns for justice. Our experience and our knowledge should not be underestimated or dismissed.  We have lived the struggle that others write about. We understand exactly how the systemic racism in our economy, our politics and our society affect people’s day to day lives.

That’s why, since being elected in April, I’ve been focussed on developing genuinely representative BAME structures that allow for real and meaningful self organisation. The structures that we’re building will be guided by the best principles of our labour movement, and driven by the self-organisation I have been involved with through a lifetime of trade unionism. There will be a strong national committee, empowered to work with the party in the fight to eliminate all forms of racism, harassment, prejudice and unfair discrimination. And that fight will take place both inside and outside of the party – not just through structures, campaigning and activism, but also by making sure our party reflects our membership and the communities we seek to serve.

For me, the fight against racism means giving visibility and space to those affected by it. It means allowing more voices to speak. It should be about creating real change in our party, our workplaces and our society. We must act to make sure entire communities of Black, Asian and ethnic minority people are not forced to live as second-class citizens in a society that rests on their labour. I was elected on a pledge to fight for all-BAME shortlists, and I will continue to make the case for the party to increase Black, Asian and ethnic minority representation at every level. I take my inspiration for the title of this article from the wonderful poem – For my people – by the African-American poet Margaret Walker. But I end it by echoing another poem by my beloved Maya Angelou: “Still we rise.” 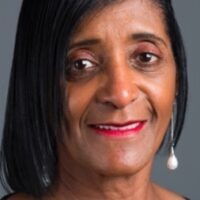 View all articles by Carol Sewell