With each passing day, with every new bout of bigotry and baseless blame, life as a Muslim in Europe and North America – and right here in the United Kingdom – becomes increasingly difficult. But the Labour Muslim Network (LMN) does not plan to sit by silently in response to the challenges that lay ahead. Instead, we are ready to step out of the shadows and embrace our share of the responsibility to ensure the continued safety and prosperity of the Muslim community in this country.

Today, as the primary initiative of our newly established Research Unit, we are launching the largest, most ambitious Islamophobia consultation of Muslim members of the Labour Party to date. Targeted at every Muslim MP, every Muslim councillor and every Constituency Labour Party in the land, we fervently believe that such an exercise is long overdue.

When Boris Johnson fibbed and blustered his way to electoral success, with a free pass and even an occasional pat on the back from our country’s establishment, the message to Muslims was clear: you may harass us, deride our faith and ridicule Muslim women with zero cost to your credibility or electability.

Since the Prime Minister’s coronation and the selection of his cabinet of disaster-capitalists, he has overseen the catastrophic handling of the coronavirus pandemic. Our national capacity to respond has been critically compromised by a decade of Conservative cuts, as well as the present preference of profits and wealth over people and public health. While BAME communities have been disproportionately affected by the Covid-19 crisis in the UK, Muslims have tragically been affected far more than other faith groups, with 199 in every 100,000 Muslim men, and 98 in every 100,000 Muslim women sadly passing away.

Across Europe, the rabid rise of the far-right is also growing in both influence and intensity. The flames of fascism are engulfing democracies in countries where populist leaders resort to dividing the working class. They cite a fictional clash of civilisations, rather than addressing common material concerns.

Just this week, Muslims in Belgium were compelled to mobilise following the court’s callous decision to uphold a ban on the wearing of hijabs and other ‘religious symbols’ in higher education institutions. Following on from Trump’s US Muslim ban, there is now incessant, wanton endorsement of white supremacy straight from the White House and beyond. And from the children of Yemen to the Uyghurs of China, all too often, we are excluded from the conversation as governments partake in the indiscriminate bombings of Muslims in some quarters of the world, while refusing to recognise – let alone respond to – Muslim suffering in others.

In this vibrant time of political organisation and invaluable progress, with the vast, global, Black Lives Matter movement revitalising the civil rights struggle for a just society, we consider it to be as important a time as any for self-reflection and action.

That is why today we propose an honest account of the Labour Party’s relationship with its Muslim membership and those Muslims in elected office. We are launching the biggest consultation of Muslim party members in modern history. We will delve deep into experiences of Islamophobia within the Labour Party, the party’s handling of complaints with regards to Islamophobia and proposals for the party going forward. We encourage all those eligible to participate – it’s completely confidential, and we hope it will be comprehensive.

The Muslim community in the UK refuses to be vilified by one mainstream political party and ignored by another. Muslims in the Labour Party must be heard and engaged. A lasting, effective commitment is a mutual one. Change is within reach, and the Labour Party is undoubtedly the vehicle for a just and equal society. Labour Muslim Network is launching the ‘Islamophobia within Labour’ survey to set the wheels in motion. 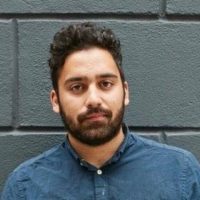 Ali Milani is a Labour Muslim Network exec and a former parliamentary candidate in Uxbridge and South Ruislip.

View all articles by Ali Milani