Polling over the weekend has exposed the massive challenge for any pro-union Labour activist in Scotland. With Conservative inadequacy strangling the life of the union, and the SNP representing the effective oppositional voice of the people of Scotland, we are in the hold of a nationalist ascendancy. As Denis Healey warned many years ago, it is one of the most crippling forces that socialism has to contend with.

What is to be done? The former Labour MP Paul Sweeney argued in a recent interview with The Daily Record that Scottish Labour had to avoid the “trench warfare” and “hyper-unionism” of constitutional politics that the party’s recent Scottish executive committee (SEC) decision to oppose ‘Indyref2’, come what may, seemed to suggest. He also urged Scottish Labour to work with the SNP constructively to oppose our common enemy, the Tories. I do not agree with Paul Sweeney on all things, but in this I think he may well be right.

Whilst it is completely anathema to many fellow Scottish Labour activists to even imagine cooperating with nationalists, what has to be acknowledged is that rightly or wrongly we have been seen to collude with the Conservative Party in order to preserve the status quo. We have fallen prey to our own narrative over decades that the Tory Party is inherently anti-Scottish; the final triumph of which was its total wipe-out, by us, in the 1997 election. But now we are suffering to an even greater extent than the heirs of Margaret Thatcher themselves, who have pushed us into third place.

Scottish Labour must grit its teeth and acknowledge that the SNP has fully displaced us as the political voice essentially in accordance with the ‘Scottish will’. Popular revisionism in light of the 2014 referendum has totally stripped us of all past achievements – replaced instead by myths of betrayal, corruption and lack of progress. We have become the victims of changes in society, the legacy of our own historical dominance, the revolutionary nature of our demise, as well as the failing of contemporary memory.

To rebuild our position, many argue that our entire focus should rotate around exposing SNP failings in government. But after 13 years, we are hardly leaving a dent. We have a real difficulty in attacking the SNP directly because our own credibility is seen to be woefully lacking. Firstly, due to the points mentioned earlier. Secondly, because people will believe that the basically competent, centre-left governing model of the SNP is similar to one we ourselves would have been likely to produce, and as such people will not genuinely believe that we would have done an any better job if we replaced them. And thirdly, the SNP’s present position is so dominant in opposition to an unusually erratic and threatening Conservative government in Westminster, amid mass international turbulence, that attacking them does appear as if we are undermining the Scottish position and the Scottish will. The door to traditional opposition seems closed to us.

This has given rise to the notion that ‘radical’ policies could outflank the nationalist consensus. This misplaces where the Scottish electorate actually are, I feel. It ignores the fact that the overwhelming details of policies rarely convert the mass of voters in and of themselves, and that the impotence of opposition means that any ‘silver bullet’ policy solutions will usually be poached by the dominant party long before they can do it any damage. It is still true that it is more likely for a governing party to lose an election than it is for an opposition to win one – never mind a third-placed party.

For us to have any chance in the future, we need to address our credibility problem. This will require humility and to again be seen to be in some accordance with the Scottish will. To begin this process, we must accept the sovereignty of the people and should not rule out independence in principle. We are in no place to stand in the way of a truly successful independent country, if it were to be to the enormous benefit of the people of Scotland. Now, we know that this will not be the case because independence will be followed by many great difficulties – but we must be seen to be honest in our position, and I believe that means conceding the democratic principle.

Secondly, it is right to oppose another referendum so close to the initial one, and especially amidst the extraordinary turbulence and instability of present times, which is a breeding ground for misunderstandings and manipulations. As democrats, however, we cannot oppose one in perpetuity. We should condition our opposition to Indyref2 by establishing tests.

One of these tests could be consistent polling showing support for independence – though referendums for independence should not be conflated with temporary disapproval for Westminster authority. Other tests and conditions should include qualifications on the voting majority. Most changes to the constitutions of local clubs and societies require two-third voting majorities, never mind altering the entire historical course of our United Kingdom. ’50 plus one’ is no place to start a united nation.

Thirdly, if the Scottish consensus is to be defined by anti-Toryism, whether red or blue, we must focus all our energies in being defined as the truly anti-Conservative force in Scotland to bring us into line with that consensus. Whether at Westminster, where Tory failings are undermining the future of all of us, or in Scotland where the Scottish Conservatives have re-emerged from the wilderness, we must position ourselves in opposition to them and all that they stand for. This will be the task of a ‘second-place’ strategy in the 2021 elections, and for a Keir Starmer-led revival across Britain.

Scottish Labour will need to cooperate, and be seen to cooperate, where appropriate, with the SNP. That is to say, we need to cooperate with the Scottish consensus and admit where Nicola Sturgeon has been doing the right job. This does not mean conceding an inch of our belief in the UK, but it does mean separating that issue from appreciating, and constructively engaging with, the SNP’s governing performance in appropriate areas. It also means focusing and isolating the true threat to the union posed by the recklessness of Boris Johnson and the Tories.

This is just one particular take on our present position in Scottish Labour. We are in a frighteningly difficult position, and no matter what we choose to do, we may never have the perfect answer. Ultimately, we need to restore credibility by being seen both to respect all the potentialities of Scotland’s will and to defend Scotland’s interests. We do this best by recognising the necessary democratic framework that can enable the Scottish will while maintaining our own principled case within it – but focusing relentlessly on the one enemy that is at the root of all our problems; who has undermined the UK at every turn; who has allowed poverty, division and social injustices to grip hold of our society in a punishing way. That enemy remains the Conservative enemy. 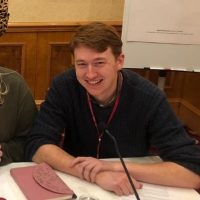 John Carson is a political officer for the CWU in Scotland. He is a member of Glasgow Cathcart CLP.

View all articles by John Carson