The TUC held its Organise 2020 event last week, an online festival of ideas and workshops aimed at transforming the trade union movement and readying it for the challenging times ahead. Underpinning this festival was the Organise 2020 pledges, which sets out a blueprint for the cooperative future of trade unionism by listing its main objectives.

The pledges state that TUC affiliates will:

This could be a seminal moment for the future of workers’ rights and the shape of Britain’s economy post-pandemic and post-Brexit. But it will only be significant if the Labour Party fully supports the TUC in this endeavour. At the event’s opening webinar, Labour deputy leader Angela Rayner observed that the party had drifted away from its trade union roots, saying: “A plant without roots dies pretty quickly, and we need to embed our roots again.” Rayner is correct: from Tony Blair through to Jeremy Corbyn, Labour has neglected trade unions.

They were often treated by New Labour as a political inconvenience, while in Corbynite Labour they were romanticised as working-class institutions but seen as obstructive within the party bureaucracy. Two fundamental parts of the labour movement continued to drift. With this in mind, it would be nice to see Keir Starmer support trade unions properly and foster greater unity within the movement. The most effective thing Starmer and the rest of Labour could do, for themselves, the trade union movement, and – most importantly – for the people they are supposed to traditionally represent, is champion the TUC’s Organise 2020 pledges. The growth of trade unionism is the growth of the Labour Party, because both are integral parts of the labour movement.

If Labour still aspires to be the ‘party of the working class’ – a title that is currently strongly contested by the Conservatives – then it should actively attempt to support and facilitate every one of these pledges. It is only the fulfilment of the pledges that will resurrect trade unionism and truly benefit workers. If nothing else, their success would help Labour’s performance electorally. At the last election, much was made of the collapse of the ‘Red Wall’ – although it is too simplistic to say that Labour has lost the support of the supposedly traditional working class, what is true is that Labour had been suffering reduced returns in much of the Red Wall even when seats still returned a Labour MP. The Labour Together report that analysed the 2019 defeat linked this decline in Labour votes with the decline of industry and, subsequently, trade unionism.

If successful, the efforts of the TUC will result in the spread of workplace organisation and activism in a changing UK economy, and a better deal for workers on a national scale. This is a chance for Labour to put down roots in demographics it may otherwise struggle to reach, and to assert a form of cultural hegemony centred around the workplace and collective endeavour. Being more in touch with a variety of workers across the country will give the Labour Party a better idea of what voters want and what strategies should be pursued to ascertain power. And successful activism, producing tangible improvements for workers, will show that Labour can be effective and engender change even in opposition.

Most helpful to unions would be if Labour encouraged young members to take active roles in trade unions. Labour experiences overwhelmingly strong support amongst voters under 30, but this has not been mirrored with an increase in young trade union members. This is vital, because the trade union movement has a debilitating weakness with recruiting young members – currently it is on course to lose half of its workplace representatives in the next 15 years.

Labour could encourage more of its campaigners to try to understand unions and take on representative roles in the workplace. A version of this was put forward by Rebecca Long-Bailey in her leadership bid. And although I think that version was too much of a command-and-control approach, which robbed unions of agency and independence from the party apparatus, the concept of close cooperation between the party and the TUC affiliated unions at all levels should not be dismissed. If these two groups do not work together, both will fail – and society will bear the consequences.

I am not saying that the sole focus of the party should be the growth of unions. They are two separate arms of the labour movement and will never perfectly align. But right now Labour needs trade unions, the unions need Labour, and workers need both. Without trade unions, Labour loses touch with the workplace, a defining feature of working-class life, and suffers electorally. Without the Labour Party, trade unions are unable to effectively influence the state and risk being left behind by younger generations.

Jobs are already under threat and large-scale unemployment is coming – this is indisputable. Early job losses include 12,000 lost in British Airways, 5,000 in Upper Crust, 4,000 in Boots, 1,900 in Cafe Rouge, 1,700 in Airbus, 1,300 in John Lewis, 1,300 in EasyJet, and 1,000 in Pret A Manger. Everyone in employment needs as much security as possible to guarantee their livelihood. By supporting and facilitating the TUC pledges, Labour will support those who need that security most while improving its own chances of winning power. This is just the beginning: only cooperation between the Labour Party and the TUC will see fair, safe and well-paid work remain part of people’s lives and allow workers to shape the nature of the economy in which they work. 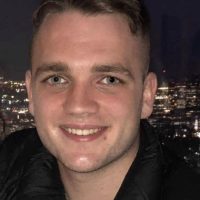 View all articles by Alex Maguire