Three months into his leadership, Keir Starmer has already achieved the highest net satisfaction scores of any opposition leader since the mid-1990s. Week in, week out, his measured analysis of the Tories’ failure to deliver personal protective equipment, implement track and trace or properly fund our NHS and social care is gaining traction. And not just to those inside the Westminster bubble. Labour is cutting through across the country. He is showing up Boris Johnson and his acolytes for what they are: incompetent.

With a rejuvenated frontbench, a new leader and thousands of new members, we’ve launched Greater Manchester Labour to Win to make a success of Keir’s leadership. Many of those who have joined Labour to Win want one thing – a Labour government. We recognise that in order to address the injustices of Tory rule, we need to win the next general election.

This is Labour Party 101. Clause one of our rule book is clear: Labour’s purpose is “to organise and maintain in parliament and in the country a political Labour Party”. We are clause one socialists, and we back the new leader. Yet there are some party members who do not support the new leader. So be it. Ours is a political party in which healthy debate should be encouraged, not dismissed.

Some existing and rejoining party members have recently been decried as ‘centrists’, ‘moderates’ or ‘red Tories’, however. A culture of suspicion and blame has pervaded the party over the last five years. At Labour to Win, we will champion a welcoming, transparent party that supports our common goals and addresses the systemic cultural issues identified in the Labour Together report.

We support our shared values of social justice, equality and internationalism. We’re real Labour. Invested in our party, visible in our communities, aware of the damage a decade of Tory government has done to jobs, opportunities and our struggling public services. On issues ranging from support for domestic abuse survivors, the move to net-zero carbon, rebalancing the economy to work for all regions and nations, to funding for social care – the Tories don’t have the answers we all demand. Only Labour does.

We stand for a strong relationship with local government. For ten years, hard-working Labour councillors up and down the country have faced the near-impossible challenge of balancing budgets and resources that have successively been slashed to the bone by both the Tories and Lib Dems. We’ll always call out the ideological harm caused by the Tories, instead of criticising Labour councils at the mercy of Tory cuts.

We want to train the next generation of activists and candidates. Since the start of the year, thousands of members have joined the party, enthused by the prospect of a new leader. We want to build on that fervour, using our collective talent to win back the many council and Westminster seats lost over the last five years.

And we will campaign for Labour candidates across Greater Manchester. Labour to Win will support candidates best suited to a role, rather than promoting those most closely aligned with a particular faction. Because that’s how we gain the trust of the electorate, how we win and – most importantly – how we can put our values into practice.

The road to 2024’s election is long. There’s no denying that we’ve got to a mountain to climb to recover from last year’s disastrous result. But we live in hope, confident in our values, our aims and our purpose. The road to No 10 runs through Greater Manchester. Bury North, Bolton North East, Bury South, Heywood and Middleton are all seats we need to win four years from now if we’ve any chance of making the country a fairer place for us all. If you share our common values, join us at labtowin.org and let’s put Labour back on the path to power. 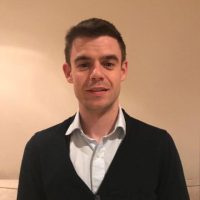 Phil Brickell is a Labour Party activist and convenor of Greater Manchester Labour to Win.

View all articles by Phil Brickell