In March 1976, Harold Wilson shocked the world by announcing his resignation as Prime Minister. In an address to the cabinet, he said he was handing over to “the most experienced and talented team in this century”. That team was shaped by Labour’s historic 1945 election victory, the results of which were announced 75 years ago today.

The brightest star of Labour’s 1945 intake was the man who led the Labour Party to four election victories: Harold Wilson. At the beginning of the Second World War, Wilson was not yet a member of the party and seemed destined for a career in academia as an Oxford don. Upon entering the civil service, he soon attracted the attention of Hugh Dalton after working on a post-war plan for the coal industry. He was encouraged to stand for Labour but only made it onto the B list of candidates. In normal election times, he would have stood little chance of winning over a constituency party, particularly without any roots in the trade union movement.

His first attempt to stand was in Peterborough, where he came runner-up to Stanley Tiffany. He had better luck in the north-west town of Ormskirk, where he drew on his knowledge of the coal industry to win over the 50 delegates in attendance. Dubbed the “brilliant young economist” by The Times, he proved a popular candidate by advocating for a ‘new deal’ for the miners and the British people. To the shock of many, he beat the independent candidate, commander Stephen King-Hall, which put him on course for a 30-year career at the top of British politics.

The man who replaced Wilson as Prime Minister was James Callaghan, who remains the only individual to have held all four great offices of state: Prime Minister, Chancellor, Home and Foreign Secretary. Plunged into poverty aged nine after the death of his father, he “became staunch Labour for life” after his MP, F.O. Roberts, secured welfare support for his mother. Becoming a trade unionist, he joined the party at its lowest point in 1931. After serving in the navy, he was approached to stand in South Cardiff by Harold Laski. Having had little time to read the manifesto, he campaigned on a personal slogan: “We built the spitfires. Now we can build the houses.” To his surprise, he won the seat and remained an MP in the Cardiff area for the next 42 years.

The man who replaced Callaghan as Labour leader in 1980 was perhaps the most high profile of the 1945 cohort. Michael Foot stood as a Labour candidate in 1935 but failed to enter parliament. Having made a name for himself as a journalist at the Evening Standard, he co-wrote Guilty Men under the pseudonym Cato, which attacked the British appeasement policy of the 1930s. When he was selected to fight Devonport – coming up against the former cabinet minister Leslie Hore-Belisha – few gave Foot a chance. Particularly as he was challenged on his lack of military service (Foot had been excused conscription due to asthma). He focused on the issue of housing, and benefited from the support of Nye Bevan. On election day, the local press predicted a 5,000 Tory majority but it was overturned in one of the most stunning results of 1945.

The difficulties Foot faced as Labour leader in the 1980s were characterised by the bitter split between Denis Healey, Roy Jenkins and Tony Benn, all of whom entered political life in 1945. Major Denis Healey was stationed in Italy when he received a letter asking him to apply to be the Labour candidate for two safe Conservative seats. His statement to the selection panel in Pudsey and Otley was read out by a family friend who recounted Healey’s ambition to “represent millions of soldiers, sailors and airmen who want socialism and who have been fighting magnificently to save a world in which socialism is possible”. Healey fell short of victory in 1945 but was encouraged to apply for the job of international secretary of the party, before finally entering the Commons in a by-election in 1952.

Roy Jenkins was perhaps the best-connected candidate of the 1945 cohort. The son of a miner and Labour MP, Jenkins had graduated from Oxford with the highest honours before working as a code breaker at Bletchley Park during the war. During this time, his father was the parliamentary private secretary to Clement Attlee and the Labour leader even made an appearance at Roy Jenkins’ wedding in 1945. But to his surprise and disappointment, he was unable to win Solihull. Jenkins went away and penned a biography of Attlee, before entering the Commons in 1948 in the Southwark by-election.

Tony Benn was stationed in Palestine on VE Day and celebrated the victory with orange squash. The son of William Wedgewood Benn, a member of Ramsay MacDonald’s cabinet, he was not yet old enough to vote in 1945. That did not stop him speaking in a hustings, Why I Will Vote Labour, onboard his ship back to Britain from war service. Benn talked of his hopes for peace: “Europe lies devastated and the worst legacy of all is the hatred of one nation for another.” Upon his return, he volunteered to canvass for Labour’s Jeremy Hutchinson in Westminster. On the day of the election result, Benn managed to watch Attlee deliver his address to Westminster Central Hall. Benn was asked by a BBC reporter to say “three cheers for Mr Attlee” on the radio but he refused on account of being too shy. Benn would get over his shyness and enter parliament in 1951 as the Baby of the House.

In Blackburn, few believed Barbara Castle could overturn the Tory seat. Born in Bradford, she was radicalised by the poverty of the 1920s. She once reflected how she “walked through the streets where the workers lived and I’d look at the horror of all the ugliness and squalor and think that if I had to live in conditions like that I’d start a revolution”. In 1943, she rose to national prominence after an impassioned speech at Labour conference calling on the party to implement the Beveridge Report. This gave her the platform to approach local parties in the run-up to 1945. She won over the “rows and rows of men” on the Blackburn panel by asking them to forget “I am a woman and judge me as a socialist”. She then took her message to the people, holding meetings outside textile factories and mills, so workers could meet her on their dinner breaks. In the landslide, Blackburn turned red and she remained the MP there until 1979.

The Attlee government would go on to transform society with its interventions in industry, the building of the welfare state and creation of the NHS. But after it was thrown out of office in 1951, it was left to the new generation to rebuild it in the country again. Few could have predicted how this class of 1945 would go on to dominate the political, social and cultural life of the late 20th century. From the introduction of equal pay to reforms on race relations, homosexuality and capital punishment, to the democratisation of our political parties, each of them played a crucial role in shaping the society we live in today. 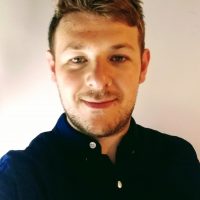 Anthony Broxton is a political historian who runs the Tides of History project.

View all articles by Anthony Broxton