For most of the lockdown, we have been told to ‘stay at home’ – but what if you don’t have a home, are struggling to afford the rent, or think that you’re at risk of losing your home due to the crisis? After a decade of government tightening the purse strings in the name of its austerity agenda, this crisis has shown their policy justifications to be lies.

It is right that the government has stepped in with protection for renters and action to tackle rough sleeping, lifting the curtain on what is politically possible when the will and funding exists. There is much talk of a ‘new normal’, and politically we now must ensure this means a fairer society. We owe that to the frontline workers for which the whole country was clapping each Thursday.

As cabinet member for housing in Tower Hamlets, I am keen, across the political spectrum, that we grasp the opportunity for change. It’s something that was needed before this crisis and with the economic shock to follow, the case must be made now for things not to go back to ‘normal’ – because as I know from my advice surgery, for renters and rough sleepers the old normal simply wasn’t working.

Over the past few months, we’ve proven that things can be different. Over 120 rough sleepers in Tower Hamlets have been housed in local hotels and hostels, including over 25 with no recourse to public funds, and we’ve provided floating support to help with a range of complex needs. It’s something councils wanted to do before, but it required central government to give us adequate funding. The government has a duty to ensure that the destitute are not allowed back on the street.

Let’s not forget that rough sleeping was all but eliminated under the last Labour government, so it doesn’t have to take a crisis to address this – but it does need political will. The government’s target is to eliminate rough sleeping by 2027. If resources are given to councils, we’ve demonstrated that we have the innovation and commitment of our officers to change lives. It’s exactly this kind of early intervention that can prevent longer-term costs to government.

Here in Tower Hamlets, around 40% of my residents live in the private rented sector. While I welcome the temporary measures government has implemented to prevent evictions, it’s only a sticking plaster. Broader reform is needed. If support isn’t carefully tapered off, we can expect to see a big rise in evictions as tenants who have had their incomes hit by the pandemic simply cannot pay their rent.

We have already seen a significant increase in private tenants unable to afford rent and consequently experiencing harassment from their landlords. Renters are having difficulty agreeing rent payment arrangements with their landlords, and concern is growing that large numbers of renters who cannot afford rent will accrue sizeable arrears and face eviction – and even the extension in protection against eviction by two months is simply storing up trouble.

This would be a catastrophe for families who are already suffering the financial effects of coronavirus. Introducing measures to extend the eviction ban, a review of fines for landlords prosecuted for illegal evictions, and a grace period in which tenants may pay back arrears or some form of debt relief, would help.

The uplift in local housing allowance (LHA) went nowhere near far enough for London residents to be able afford their rents. In fact, when you compare the new LHA rates to median rents in Tower Hamlets, it still shows a shortfall ranging from £57 a month for someone in one bedroom in a shared property up to a £163 shortfall a month for a four-bed property. This is another example of a one-size-fits-all policy being out of step with local realities and needs.

Like many others, I’ve called for local housing allowance to be uprated to cover local shortfall and for the housing element of Universal Credit to be increased to reflect local circumstances. And of course waiting five weeks for Universal Credit simply does not work when you have to pay rent monthly.

Sadiq Khan had planned to make better protection for renters a key issue in his now-delayed re-election campaign. The government needs to give serious consideration to devolving powers on this to the London mayor, as the capital’s housing market faces different challenges to the rest of the country.

I’m passionate about housing because it impacts on so many aspects of my residents’ life chances. I’m also a council tenant myself in an overcrowded property. Public Health England has shown that Covid-19 does disproportionately impact on our BAME population, including the Bangladeshi community to which I belong. We know that inadequate housing and overcrowding can exacerbate health inequalities.

Taking steps to address our housing crisis should be at the forefront of our response to Covid-19. Tower Hamlets Council has a housing stock of 22,000. Under mayor John Biggs’ leadership, we are delivering 2,000 council homes through a mix of new builds and buying some former right-to-buy properties back. Under the Conservative government’s right-to-buy policy, we have sold over 50% of our stock. However, under financial as well as land constraints, it is quite difficult to replace the lost stock – and at present government allows us to fund no more than 30% of the cost of a replacement home. If government removed constraints like this we could do so much more for our residents.

We have talked about a housing crisis for years. We need more radical action along the lines of the Addison Act, to offer hope for those in housing need who for too long have been let down by government policy and have borne the brunt of a dysfunctional housing market. Now is the time for government to lay the foundation of housing policy that delivers. 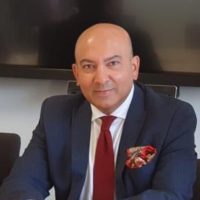 Sirajul Islam is a Labour councillor in the London borough of Tower Hamlets. He is the statutory deputy mayor and cabinet member for housing.

View all articles by Sirajul Islam