On June 23rd, a new law came into force giving the government the right to intervene to prevent takeovers of UK companies that are vital to protect the country against public health emergencies. Whilst the consequences of a pandemic make this welcome – and gives the UK similar rights to those that exist in many other industrial countries – it is too little, too late, and a wasted opportunity.

Until now, government only had the right under the Enterprise Act 2002 to refer a proposed company takeover for enquiry by the Competition and Markets Authority (CMA) – whether hostile or agreed – for three reasons. Those reasons are media plurality, national security or UK financial stability (save for takeovers of certain utility companies, where it is compulsory).

The new legislation will enable the government to intervene for a fourth reason. Namely, if a takeover target company is critical for public health (see statutory instrument 2020 No. 627). Further legislation is promised in the forthcoming National Security and Investment Bill, which was announced in the Queen’s Speech but awaits a second reading. Is this new legislation as much as a waste of time as the existing laws, however?

Since the Enterprise Act came into force in 2002, there have been 20 interventions by the government. 12 on national security grounds, seven on media plurality grounds and one on grounds of financial stability. But the government’s own press release this week stated that not one single transaction has ever been blocked.

The current Business Secretary Alok Sharma has said that he is concerned about foreign takeovers of British companies on the cheap. But the government did not object when Cobham, a leading British defence company, was taken over this year by American company Advent International. The then Business Secretary Andrea Leadsom could have blocked the takeover on national security grounds, as requested by a family member of the founder, who was concerned that it would be broken up. As Lady Cobham sadly anticipated, the company has just announced a sale of one of its divisions.

The government and opposition should be concerned about predators taking over great British companies whose share price or value is low due to the economic disruption of Covid-19. But the danger to jobs, skills, communities, research and development, innovation and the economy generally can also come from home-grown sources.

I wrote in LabourList against the hostile takeover of GKN by Melrose in 2018 – whose own website said: “Buy, improve, sell.” GKN, the 250 year-old company headquartered in Redditch, was narrowly taken over with the votes of recently acquired shareholders. Alas, short-term profit-taking succeeded over long-term industrial strategy in one of the largest industrial companies on the London Stock Exchange. The government could have referred the bid on national security grounds, because GKN was a customer of the Ministry of Defence – but did nothing. Standard & Poors has recently downgraded GKN debt to junk bond status.

What should Labour do in opposition and later in government to promote a long-term national industrial strategy? Firstly, no shareholder who has acquired shares in a target company within six months before a takeover bid should be allowed to vote on it.

Secondly, the Business Secretary should be entitled to resist a takeover on much wider grounds than now. For example, if a takeover is not in the interests of research and development, or the public interest generally. It is important to have a general public interest test where a takeover does not fit into one of the existing four categories and should be blocked.

Thirdly, if a takeover is deemed acceptable to proceed, legally binding obligations – not merely unenforceable undertakings – must be entered into, to give the target company, workforce and supply chain protection.

Fourthly, a new watchdog to report on such takeovers should be set up – perhaps a public interest commission, which will have a wider remit to recommend refusal than the CMA, who principally deal with competition issues. Rebuilding the British economy after the coronavirus economic meltdown will need new strategy, new powers, and new regulatory architecture. 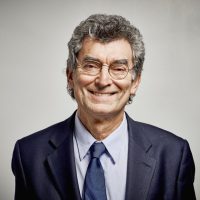