Support for the ancient idea of a basic income for all has been gathering pace during the Covid-19 crisis. Recent additions to the growing list of names calling for a recovery scheme include Andy Burnham and Sadiq Khan. To date, the Labour leadership has been cautious while accepting that the existing mean and patchy benefit system needs fundamental reform. One of the strengths of a basic income scheme is that it would fill many of the holes in the existing social security system and meet many of the goals of a more robust social security system.

An alternative way of looking at the idea of basic income is that it would, for the first time, introduce a guaranteed, no-questions-asked income floor. Such a floor has been advocated over centuries by a long line of leading thinkers. William Beveridge and Clem Attlee always saw the post-war reforms as creating such a floor through a mix of measures: National Insurance, family allowances, full employment and national assistance. In the event, the plan was never fully implemented, while the principle of universalism has been greatly weakened by increasing reliance on a complex and intrusive system of means-testing.

Britain has never come close to creating a robust income floor, and even before the pandemic, millions fell through what is one of the least generous and most punitive social security systems across rich nations, contributing to near record post-war levels of poverty. Work-related conditionality requirements, enforced through a punitive system of sanctions – suspended during lockdown but now reinstated – have been greatly tightened over time.

While critics of a basic income have dismissed the proposal as unworkable, constructing a floor below the existing benefit system would be feasible, affordable and straightforward to implement. Starting rates of £60 for working-age adults (under 65), and £40 for children would pay a significant, no-questions-asked £10,400 a year for a family of four. These levels could be raised over time. The scheme would create an income ‘Plimsoll line’, boost the incomes of the poorest families, cut poverty levels, reduce inequality, strengthen universalism and cut means-testing. Implementing a scheme would need a series of tax adjustments to pay for the floor, making the tax system more progressive.

Such a reform would mean a modest income for the small army of carers and volunteers, mostly women. As the coronavirus pandemic has revealed, their contribution – unpaid and largely unrecognised, along with that of a parallel army of the low-paid, from cleaners to supermarket workers – is crucial to the functioning of society. By providing all with more choice over work, education, training, leisure and caring, it would also lay the foundation for greater personal empowerment – a springboard for more stable and fulfilling lives. And such a scheme would be a powerful new instrument for mitigating, at speed, the economic fallout from external shocks, from pandemics to recessions. If a basic income scheme had been in place at the start of this crisis, it would have provided an automatic mechanism for providing comprehensive income top ups.

Despite these strengths, the idea divides opinion. There is nothing new about progressive ideas provoking controversy. Some of our most cherished institutions, from the NHS to the national minimum wage, were preceded by years of bitter dispute before they were finally implemented. Yet no government would dare reject these universally popular ideas today. The calls for an income floor have now been underpinned by a cross-party parliamentary working group. Such a floor would build an automatic, anti-poverty force into the existing system, boost security in an increasingly fragile and turbulent age, and give a clear sign of the kind of society that should emerge as the crisis subsides. 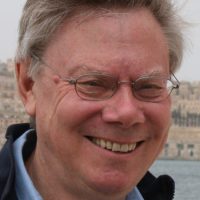 Stewart Lansley is the co-author of the report Tackling Poverty: The power of universal basic income. He is a visiting fellow at the University of Bristol and a Progressive Economy Forum council member.

View all articles by Stewart Lansley