I used to run a charity that dealt with many people facing homelessness. I remember walking into a derelict building where a young woman was living. She cried while explaining to me how she had nothing but a carrier bag of belongings, and told me that we all needed to come together to do something. Never have her words felt more important, as youth homelessness reaches its highest rate in 14 years and those have failed to make rent through Covid face evictions once the ban comes to an end. We all must come together to do something – although at the beginning of the Covid crisis there seemed to be a glimmer of hope.

Homelessness, and in particular rough sleeping, is not a new problem. Successive governments have vowed solemnly to tackle the very visible blight of people sleeping on the streets of our big cities. Just before Christmas 2019, the Prime Minister announced that the government was committed to ending rough sleeping by November 2024. Many of us who have worked in that sector felt a sense of déjà vu – yet, at the end of March, something quite remarkable happened. People realised that rough sleepers were unable to adhere to social distancing and lockdown rules, and were not only at an enhanced risk of contracting the virus, but also a huge potential risk to those that came into contact with them on the streets.

On March 27th, Louise Casey, then newly appointed to the role of homelessness tsar, wrote to local government housing managers and others involved in the sector to demand help in getting rough sleepers off the streets within 72 hours. Within a couple of weeks, 90% of those on the streets had offers of accommodation according to the government. They were no doubt aided by the appearance of many newly empty hotel rooms, but nevertheless this was an astonishing achievement.

There were no waiting lists or groups ineligible for this support. If you had nowhere to sleep, you got an offer – even if you had no recourse to public funds or had given up your previous accommodation ‘voluntarily’. It was unprecedented, and reduced the number of rough sleepers by almost 15,000. Overnight the problem was close to being solved, it seemed. The government pledged £85m to ensuring that those housed during the pandemic would not have to return to the streets.

Fast forward to this week and the finding by StreetLink that the total number of alerts for rough sleepers increased to almost 17,000 in April to June. This is shocking given that we know the government had managed to house almost 15,000 rough sleepers. The only logical explanation is that the effect of the economic downturn caused by Covid has led to a huge increase in new rough sleepers, which coincides with similarly big increases in those claiming benefits and out of work.

The situation is likely to worsen significantly over the coming months. It is estimated by Shelter that 227,000 renters in the UK have fallen into rent arrears during the pandemic, and there is no doubt that the end of these protections will lead to another surge in homelessness. This isn’t only a social and economic issue but a public health one. Covid has disproportionately affected deprived areas – and if huge numbers of people are allowed to be made homeless with nowhere to go, it could lead to a resurgence in Covid in our cities.

We must act swiftly. Covid has been a PR disaster for Boris and his government but this was one area where they initially got it right and undoubtedly saved the lives of some of our most vulnerable people. We know what we need to do because we’ve already done it once.  Immediately, the eviction ban must be extended by longer than just four weeks and we must do everything that we can to get all of the new rough sleepers off the streets in a similar fashion.

It will undoubtedly cost some money but the opportunity cost is another widespread lockdown, which we simply cannot afford. I have seen at first hand the devastating cost of homelessness.  This isn’t party political: it is a humanitarian issue, and one we have found a solution for. There is no doubt that the economic road ahead is going to be difficult but we have seen a way forward. Let’s work together to ensure that we make rough sleeping a thing of the past. 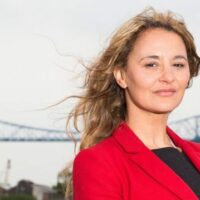