Hundreds of Labour members are calling on our party to commit to changing the way we elect the government. They were responding to the party’s recent policy consultation with a plea for Labour to back proportional representation. The 424 submissions calling for a proportional voting system accounted for over 60% of those sent to the national policy forum’s justice and home affairs commission, and almost one in eight of the submissions overall.

Clive Lewis said in response to the result: “It’s increasingly clear our membership, and the wider labour movement, has woken up to the ‘crisis of democracy’. PR is not a silver bullet when it comes to dealing with this pressing matter. But it is a stepping stone on the path to building a better, more inclusive, and more accountable political system – one fit for the myriad of 21st-century challenges before us.”

Polling by YouGov in December showed that 76% of Labour Party members support a change to proportional representation for electing MPs. What the response to the NPF consultation tells us is that for many party members voting reform is one of the most important issues in politics today.

Labour Party members are sick of an outdated voting system that has handed the Conservatives an 80-seat majority on less than 44% of the vote. Brexit was already looking like a national disaster. Now the Covid-19 pandemic has shown that a party in government that only panders to its members’ right-wing views isn’t just unfair – it’s dangerous.

Labour can be proud of devolved administration in Scotland and Wales. But that legacy, and every other achievement of a Labour government, is at risk from any Conservative government that wishes to undermine it. We need to form a government to reverse the Tories’ reactionary policies, and we must also find ways to prevent every progressive gain we make from being reversed by a subsequent Conservative government.

No other socialist party anywhere in the world supports first-past-the-post – and why would they, when FPTP gives rise, more often than not, to right-wing governments? Dealing with the disproportionate allocation of power is a core purpose of the Labour Party, and FPTP bakes in that disproportionality to our chief organ of power – the House of Commons.  It is instructive to compare the performance of the UK government in comparison with others, such as New Zealand or Germany, where the electoral system forces the government to pay due regard to a range of voices.

We need to reallocate power from Prime Ministerial patronage. An authoritative constitutional convention may need Labour to be in government in order to set it up. But it’s no good waiting until then before we commit to anything: our party must decide before the next general election that we will tackle this issue in the first term of a new government. Without that, we may not get a second term.  We should formulate our preferred policies as soon as possible, prior to entering into a constitutional convention. The convention will need to consider:

Our position must be agreed by members, trade unions and affiliated societies, as soon as possible.  Only when the labour movement is united can we shape the national agenda to benefit the country as a whole.

That is why Labour Campaign for Electoral Reform is working with Make Votes Matter, Open Labour, Compass and others to stimulate a proper debate on the electoral system within our party – both in CLPs and in trade unions. Our joint campaign – called Labour for a New Democracy – was planning to bring a motion to party conference this autumn. This has now had to be pushed back to next year. That gives us the chance to build up awareness amongst members of the labour movement. When we come to Labour’s 2021 conference, we will have already won the argument and our party can show a united commitment to a new, better constitution for our country, which includes a better way to elect a better government. 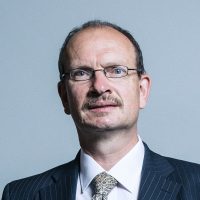