Submissions closed at 5pm today for those wanting to respond to the call for evidence put out by the Forde Inquiry looking into the leaked report on the Labour Party’s handling of antisemitism complaints.

The inquiry had extended by two weeks the period during which it was welcoming submissions of evidence and views from those affected by the report, as well as other individuals and organisations.

“We want to hear from individuals or Labour Party members and affiliated organisations, party staff (both former and present), and any other interested parties,” the investigation led by Martin Forde QC said.

According to The Guardian, former party staffers named in the leaked report have alleged in a submission to the inquiry that their private messages were ‘misused’ to portray them as racist and sexist.

It is understood that the officials, who were alleged in the report to have insulted Corbynite colleagues and mishandled complaints for factional or competence reasons, are seeking damages from the party.

Their complaints against Labour include misuse of data and libel. Former general secretary Jennie Formby has said that the searches performed for the report were “authorised” and “legitimately carried out”.

She tweeted: “There was no search of any individual’s WhatsApp account”. It has been reported that the WhatsApp messages included in the document had been backed up by a staffer using their work email.

The unredacted version of the report that leaked online also contained the personal data of party members, including some who had raised complaints to Labour about antisemitism.

The formal submission sent to the inquiry by ex-staffers, seen by The Guardian, says the messages were used selectively and edited to give a false impression, and the complainants call on the inquiry to be abandoned.

Alleged comments in the report include discussion of “hanging and burning” Jeremy Corbyn, hoping that a young member “dies in a fire” and a staffer suggesting they had tipped off a journalist about Diane Abbott crying in toilets.

In response to the Guardian story, Abbott tweeted: “Officials at the very top of @UKLabour said stuff like “Abbott is truly repulsive” “Abbott literally makes me sick” and conspired with media against me. Now claiming remarks taken out of context. So let’s have full publication of all communications”.

New MP Sam Tarry quote-tweeted the former Shadow Home Secretary to back her call, saying: “Sunlight is the best disinfectant. Diane deserves to know the full and unvarnished truth of what went on.”

Labour MP Nadia Whittome commented: “The internal Labour inquiry must swiftly get to the bottom of this toxic working culture to ensure this is never allowed to become the norm again.”

The Guardian has revealed tonight that Corbyn, John McDonnell and other former shadow ministers have sent in a submission supporting the report’s accusation that staffers sabotaged the 2017 election campaign.

The Corbynite submission to the inquiry sees the former leadership figures claim that the alleged diversion of party funds to safe seats during the 2017 contest could constitute fraud.

The Equality and Human Rights Commission has sent the Labour Party its draft report into allegations of institutional antisemitism. The party will not be commenting on its contents until the drafting process is completed.

LabourList sources have said that the process of Maxwellisation – allowing those criticised in the report to respond before publication – is taking longer than had been expected by some.

The Forde Inquiry was originally expected to conclude in mid-July, but the chair described this timescale as “impractical”. The website now states that it aims to deliver the final report “by the end of 2020”. 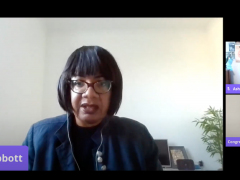 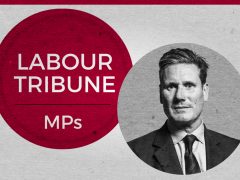