Personal text messages sent by Labour’s Bermondsey and Old Southwark MP Neil Coyle to Jeremy Corbyn when he was leader of the Labour Party have been revealed by Sunday Times journalist Gabriel Pogrund today.

The author of new book Left Out: The Inside Story of Labour Under Corbyn has tweeted photos of exchanges between the two from August 2016 to September 2017, which appear to have been provided by Corbyn’s team. 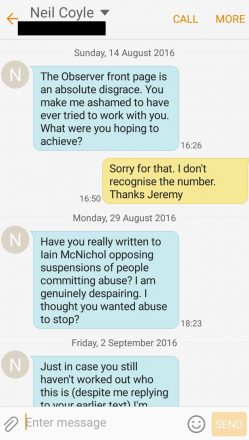 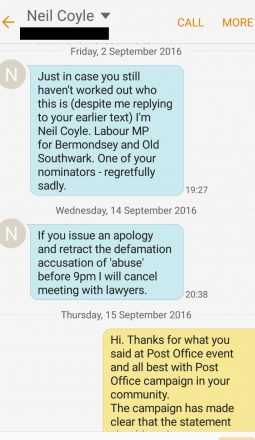 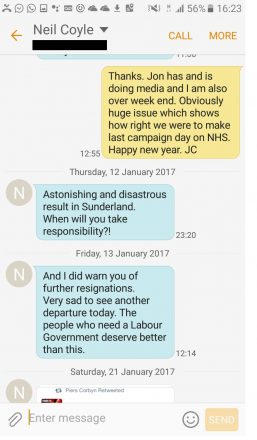 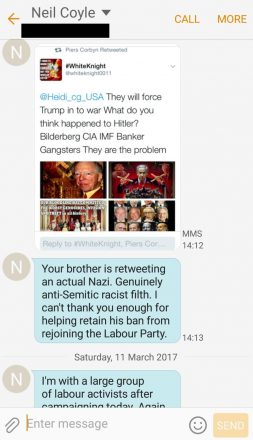 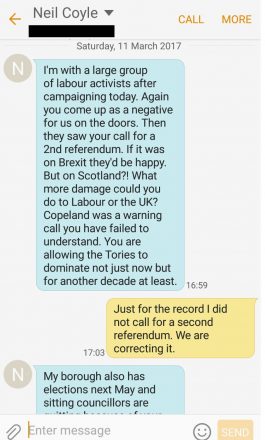 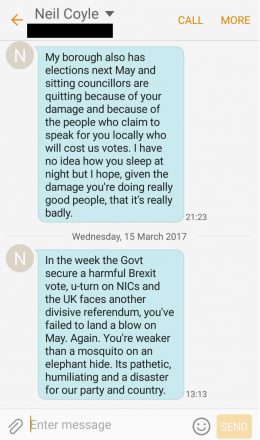 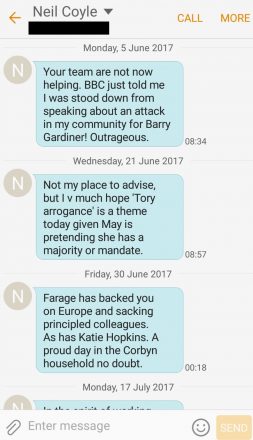 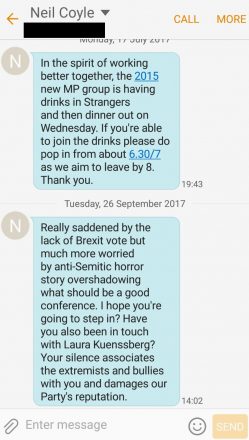 The screenshots show the London MP telling Corbyn: “You make me ashamed to have ever tried to work with you”; “I have no idea how you sleep at night”; and “you’re weaker than a mosquito on an elephant hide”.

The then party leader appears to have replied only occasionally to Coyle, whose first text about an Observer splash (“absolute disgrace”) prompted the reply: “Sorry for that. I don’t recognise the number. Jeremy”.

The messages and poor relations between Coyle and Corbyn are described in Left Out as such:

Another PLP irreconcilable, the combative Bermondsey and Old Southwark MP Neil Coyle, had been dressed down earlier that year by Nick Brown, the chief whip, over a barrage of dozens of abusive texts to Corbyn.

LOTO [the leader’s office] had printed off page after page of ranting sent by Coyle to his leader, often late at night, occasionally alternative with businesslike exchanges.

Having nominated Corbyn for the leadership in 2015 in an act of misguided charity, Coyle was among those MPs who could not live with the consequences.

One LOTO aide recalled that their first and only conversation with the MP was when he uttered the unforgettable greeting: “Why don’t you just fuck off?”

Update, 5pm: David has denied that the incident occurred, saying: “I have never been involved in any altercation with Jeremy Corbyn, let alone jabbed him with an order paper. In fact, Jeremy Corbyn and I always had a civilised relationship, even though we disagreed on many issues.”

Coyle was a strong advocate of the fresh EU referendum policy that was reluctantly adopted by Corbyn’s Labour last year, and a proponent of continued European free movement, as outlined in a piece for LabourList.