Four of the UK’s education trade unions have issued a joint statement criticising the government’s new pay proposals for teachers as “divisive and inadequate” after it was revealed that experienced staff would lose out.

Responding to the government’s new planned pay rise for teachers, the group of unions said giving lower pay rises to experienced teachers compared to new ones would “not address the current problems” but create fresh difficulties.

The National Education Union (NEU), National Association of Head Teachers (NAHT), Association of School and College Lecturers (ASCL) and Voice have highlighted that years of stagnant pay and inadequate funding has caused a shortage of teachers.

The government announced plans to give teachers a 3.1% pay rise in July, but the policy favours new starters who receive a 5.5% increase compared to 2.7% for long-term staff, leading the unions to warn against losing experienced workers.

The statement reads: “Teachers and school leaders agree that these proposals are divisive and inadequate. Giving lower pay increases to experienced teachers than to new teachers will not address the current problems but will instead create new ones.

“The government must improve teacher pay levels and pay prospects, and drop damaging and unfair performance-related pay (PRP) if we are to tackle the serious and entrenched teacher recruitment and retention problems.

“Since 2010 the value of teacher pay against inflation has been cut, PRP and funding cuts have restricted teacher pay progression, and the national teacher pay structure has been dismantled.

“It is no surprise that after a decade of attacks on teacher pay, we struggle to recruit and keep the teachers and school leaders we need.”

Schools have suffered from a lack of staff for several years, with one 2018 report suggesting the government had missed teacher recruitment targets for five years running. The failure has caused the average pupil-to-teacher ratio to rise from 15.5 in 2010 to 18 in 2018.

The union heads added: “Even the higher increases for early career teachers are not enough to make a significant restoration in the value of teacher pay that is the essential first step to repairing the damage caused by pay cuts.

The government chose to increase teacher’s wages in response to a report from the Schools Teacher’s Review Body (STRB), an education advisory body, that suggested a pay rise was needed to stop a “severe and persistent” lack of staff.

Andrew Kersley is a LabourList reporter. 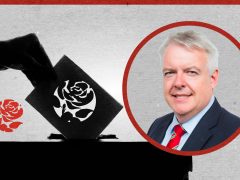 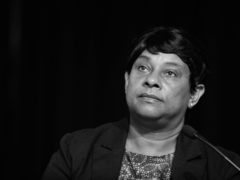 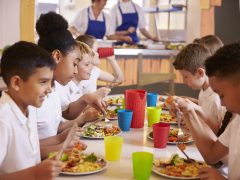