When I was 18, my local college was shut down. My friends were forced to travel outside of the area on overpriced, underperforming trains. Education Maintenance Allowance, which gave working-class kids financial help to support their studies, had been cut and the government had tripled tuition fees. Why would I not end up a socialist? My life and the lives of people around me have been shaped first by the 2008 global financial crash and by the miserable decade of Tory austerity that followed. For those coming of age now, it is much worse. Like thousands of other young people, I joined the Labour Party because nobody else was going to defend my generation’s right to a future.

I am now running to be on Labour’s national executive committee (NEC) to ensure we have a party that makes good on its promises to my generation. And the NEC election is occurring at a critical juncture for our party. The coronavirus crisis has shown a government – and a wider economic system – unable to value and protect life at the most basic level, let alone promote human flourishing and a decent future. And yet those who are responsible for worsening this crisis and others pose as voices of ‘the people’, with the polling numbers and election results to back it up.

Our party needs to adapt to survive. We are facing a climate emergency that threatens every aspect of our way of life. We are seeing a rise in racism globally, and the far right are organised on an international scale not seen since the 1930s. Hundreds of thousands of workers are losing their jobs – first clapped as ‘key workers’, now left to fend for themselves. Business as usual won’t cut it. But nor will radical policy alone if we fail to organise in communities who feel abandoned by Labour. We must not roll back the achievements of the Jeremy Corbyn years in transforming the policy consensus – but we do need to build on and adapt them.

A Labour government must have the vision and the will to take on the powerful, not to accommodate them. This is what it will take if we are to secure a green new deal to tackle the climate emergency; gain public ownership of key utilities and all public services; achieve the repeal of anti-trade union laws; oppose austerity; stand for anti-racism, liberation and equality; and promote an ethical foreign policy based on peace, not war. We must make clear that Black Lives Matter and that policing and justice need to change.

We must oppose the idea that migrants are the cause of societies’ ills, and make the case that it is bosses and not migrants who drive down wages. We must reject any rollback of LGBTQ+ rights, including trans rights. We must say loud and clear that trans women are women, trans men are men, and trans rights are human rights. Socialist policies are popular, not just with Labour’s half a million members but with the public, too. And where reactionary views do exist, Labour must not pander to such opinions. We must be willing to listen, but not to accept things as they are. An opposition cannot simply be a weathervane attempting to capture and measure public opinion – we must mould and shape it.

The NEC represents, as it should, the length and breadth of our party – our unions, our members and our affiliates. Procedure can seem dull and irrelevant, especially in this time of crises. But these elections matter because they are about building the institutions and organisations of a party capable of delivering change on the scale we need. This includes robust, transparent disciplinary processes that defend natural justice and members’ rights. It includes a commitment to challenge all forms of bigotry wherever they arise – not as a factional manoeuvre but out of a burning desire for justice – including the antisemitism and the Islamophobia that sadly continue to persist in our own ranks.

It includes a genuinely democratic party, where conference remains sovereign, allowing our members’ views to shape policy. Labour’s members and three million affiliated unions are rooted in communities across the country and must become more so. That means trusting them – not only unelected officials – to set policy, select candidates and develop campaigns. It also means open selections for all Labour public office holders, including the right for constituency parties to be able to select their own parliamentary candidates, not have them imposed from above.

I have championed maintaining and improving democratic procedures throughout my time as co-chair of the Campaign for Labour Party Democracy and was proud to run as a parliamentary candidate for my home constituency in the 2019 general election. I have sat on Labour’s South East regional executive committee for the past four years, carrying out work similar to that of an NEC member, such as running parliamentary selections, member appeal cases and regional MEP selections. I currently sit on the women’s conference arrangements committee, working to ensure that our party’s women’s conference is democratic, member-led and has as much power to influence party policy as possible.

I do not sit in these meetings because I enjoy complicated discussions about process. I do so because I am committed, above all else, to a mass-membership, socialist, democratic Labour Party. One that will oppose the Tories and fight for peace, socialism and internationalism here and abroad. And, above all – because I believe in the capacity of everyday people and their communities, organised through their unions and their party, to shape the future we all desperately need. Socialist policies and democratic principles go hand in hand and, if elected, I will pursue both on the NEC unwaveringly. Please vote for me and the rest of the Grassroots Voice slate in the upcoming NEC elections. 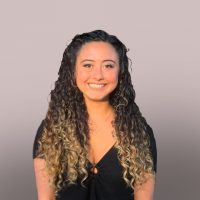 Gemma Bolton is standing on the Grassroots Voice slate for Labour’s NEC elections. She was Labour's parliamentary candidate for Mid Sussex in 2019.

View all articles by Gemma Bolton