As the second wave of this pandemic approaches, the government’s commitment to protecting the most vulnerable continues to falter. The ban on evictions ended this week, which means tens of thousands of families are at risk of losing their homes. The government’s decision is likely to cause a homelessness crisis over winter.

Citizens Advice has warned of a huge surge in contact from private renters worried about arrears, with a 332% increase in demand for support since lockdown. Research shows that over 300,000 adult private tenants have fallen behind with their rent since lockdown. With the furlough scheme coming to an end next month, and a recession about to hit the country hard, these numbers are likely to only increase in the coming months.

The government have developed ‘sticking plaster’ policies when robust initiatives were required. Housing Secretary Robert Jenrick has introduced mitigating measures that may help to delay an increase in homelessness but do not go far enough to prevent it. They have extended the period of notice required before bringing possession proceedings to six months from 29th August 2020. This is welcome, but what of those who were served notice prior to this announcement? Generation Rent, a charity led by Labour peer Baroness Kennedy, has warned that over 55,000 households have already been served notice. These families will face automatic evictions upon the reactivation of notice, as a winter recession looms. Under the new measures, others will merely be able to wait a little longer.

The government has also amended civil procedure (technical but critical rules that aim to ensure the fair but efficient execution of civil justice) to ensure that any claim for possession must set out the landlord’s ‘knowledge as to the effect of the coronavirus pandemic’ on the tenant. As expertly explained by housing solicitor Giles Peaker, the provision is flimsy. It aims to ensure that a judge can adjourn any application for possession that involves a tenant’s ability to pay rent due to the pandemic. But the provision is a farce: there is no duty to undertake any investigation into the tenant’s circumstances, nor is there criteria to be considered. A landlord can simply satisfy the rule by stating: “I don’t know.” The provision is a farce.

The government measures are dwarfed by the scale of the challenge to avoid homelessness. They should have extended the ban for a further six months to protect families during unprecedented times, and then not just kicked the can further down the road but developed a substantial package of support for vulnerable families – with interest-free loans where appropriate, substantial packages of support for local councils, and emergency funds for families facing homelessness to reduce arrears. A coalition of campaigners, including Crisis, Shelter and the National Residential Landlords Association, estimated the cost of such a package would be £270m, just 0.013% of GDP – pennies in the context of the billions in pandemic spending. The long-term scourge of homelessness costs us more, both socially and economically.

But preventing and ending homelessness is not a Tory priority. Rough sleeping in England is up 165% since David Cameron walked into Downing Street in 2010. Child homelessness has increased by 80%. Even during the pandemic, recent figures from local councils show that – despite the ban on evictions – there has been an increase of 20,000 in homelessness during the pandemic, as families have been moved into temporary and emergency accommodation with mounting arrears after losing their jobs. The Children’s Society has revealed that emergency accommodation funds for local councils have fallen by 86% since 2010, which leads to increasingly precarious accommodation being provided for families. The financial pressures of the pandemic, combined with the lack of investment in housing, has continued to have an effect even when the legal process of eviction was suspended.

Whilst the pandemic produces new pressures for renters, in one aspect of the homelessness challenge – ‘rough sleeping’ or ‘street homelessness’ – lockdown offered an opportunity. The Housing Secretary claimed that the government’s ‘Everyone In’ scheme had successfully taken 90% of rough sleepers off the street. The government invested just £3.2m in the project – less than the value of Jenrick’s property portfolio – and the scheme’s efficacy has been questioned by charities, but there was undoubtedly an opportunity to make dents into the scourge of those living on the streets.

As the hotels that were housing the homeless opened their doors to paying customers, many lockdown occupants have now returned to the streets. This was a missed opportunity: there are a myriad of services and challenges required to support those who sleep without a roof over their heads (from mental health services to drug abuse and domestic violence support workers) and, for a brief moment, a large proportion of them were housed and their whereabouts known to the authorities. An imaginative and functional government would have taken advantage.

The homelessness situation is even more frustrating when considering the legacy that the Conservatives inherited. During the election campaign last year, the Tories had to admit that the then Chancellor Sajid Javid had “misremembered” when stating that homelessness peaked under the last Labour government. In fact, statutory homelessness fell dramatically under the Labour government and, as powerfully set out by Dan Corry, rough sleeping was all but eliminated.

Labour has consistently called for more support for families vulnerable to eviction and warned that thousands of people would lose their homes without an extension to the ban. The government itself has been given notice. The failure of ministers to meet the challenge – and the human cost – will be on them. 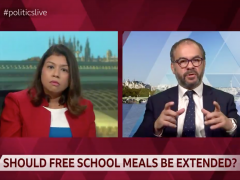 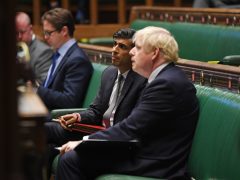 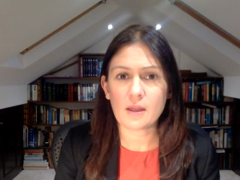