Brendan Chilton’s comment piece for LabourList last week argued that the party should be opposing the Tories if they start suggesting income tax or corporation tax rises because Labour should be both the “natural party of business” and striving to make Britain competitive against economies like “China and Vietnam”. It’s a provocative proposal, but the prospect of entering and then losing two races to the bottom – with the Tories over taxes, and then with Vietnam over wage rates – does not greatly appeal. There is no route to creating a fairer society here that relies on cost-cutting to compete, and Labour should not pretend that there might be.

But Chilton does highlight something critical, and worth exploring. Labour did have a pretty solid policy offer to businesses, large and small, in the last few elections. Overhauling our transport infrastructure, radically improving broadband access and expanding education provision would all dramatically improve the conditions British businesses in which have to operate, with connectivity and access to skilled labour fundamental to their success. And Labour’s offer to small businesses in 2019, developed in close consultation with the Federation of Small Businesses, addressed their most pressing concerns, from quarterly tax reporting to the problem of delayed payments.

However, whilst all this could have helped tell a distinctive Labour story for business, it never quite gelled. I suspect that our approach looked too transactional; we offered a few things that were objectively beneficial without necessarily gluing them together into a complete story. We didn’t really show what business would look like in Labour’s Britain, nor did we consistently say why we cared about this vision. We made talking about the economy as a whole harder because business is what most people think about if you start talking about the economy. Without the overall story on business, the specific policies could look a little threadbare – or, worse, like an afterthought.

This matters electorally. The numbers of small businesses and the self-employed have risen consistently in Britain for almost two decades, with the numbers growing by almost 200,000 last year to 5.82m. 60% of the working population are self-employed, or work for a company employing fewer than 250 workers. And there seems to have been an appreciable shift in public attitudes, too: one survey this summer suggested that whilst 64% want to start a business, this rises to 80% for those under the age of 25. No doubt some of this reflects poor employment prospects elsewhere. Labour has very robust proposals on tackling bogus self-employment, or reinforcing rights at work, but we had less to say outside of these problem areas. It would make sense to work with the grain of a widespread aspiration, and think about how to ally it to social justice, than to give the impression of pushing against it.

It’s not only social changes to which Labour should respond. Technological shifts are opening new options for a fairer economy, of which the most dramatic is the extraordinary expansion of data use in the last decade. But the data economy – growing dramatically under Covid-19 – does not only mean more working from home, or online shopping. For manufacturing, it also means that the requirement to work at larger and larger scale is no longer quite so pressing. Mass production still provides the backbone of manufacturing globally, but for a growing number of product lines it is the ability to churn out more customised products in smaller numbers that provides the competitive edge.

Digital technologies like 3D printing are reducing the minimum scale needed for manufacturing firms to compete internationally, and creating the possibility of a new life for smaller companies. This could be tied directly to a programme for green transformation: mass insulation of lofts, for instance, will need small-scale, localised production of insulation for our older buildings – something that small, local business could be ideally placed to provide. Or growing the circular economy – recycling, reusing and reprogramming old goods, with its huge potential for job creation – can open the same opportunities for smaller, locally-focused businesses.

It is already possible to see how whole sectors can be opened up to support a range of viable, smaller-scale companies, whether as sole proprietors, family-owned firms or worker-owned enterprises. The Employee Ownership Association points to a small but growing number of employee-owned firms in manufacturing, particularly in the North of England, and it was good to see Jonathan Reynolds and the Co-op Party raise the “Right to Own” for employees, giving them the option to turn businesses threatened with closure or takeover into worker-owned enterprises.

Of course, this shift in scale covers only one part of the digitisation story: at the other end of the pipeline, the data economy has meant the growth of vast concentrations of power, which the pandemic has only reinforced: the six largest tech companies have seen their value grow by almost 40%, or $1.9 trillion, since it began. The collection, management and analysis of data is rapidly coming to dominate all economic questions – but where it can be placed under effective democratic and public control, data can, too, be used to support small businesses. Over 17,000 developers, for example, have registered to use Transport for London’s store of data, with over 40% of Londoners now using apps derived from it. Challenging the data giants and putting public data to public should now part of a meaningful business policy.

But developing a distinctive Labour narrative on business will mean more than just focusing on the economics. This pandemic, as we know, is hitting small businesses and the self-employed hard: Labour needs not only to offer clear mechanisms of support, including more radical proposals like Universal Basic Income, but to show how both can be part of how we rebuild after Covid-19. The coming devastation of our high streets from the pandemic – in reality, an acceleration of the existing trend towards online consumption – is a challenge to how we think about our town centres, and also our businesses.

There is a clear social value to the existence of a thriving high street, which is over and above the value those businesses produce and keep themselves. As shops close, a whole community loses out – and replacing those shops with “substandard” flats, as under Tory proposals, is no answer to this challenge. Instead, we need to explore ways to not just provide policy in support of businesses, such as making business rates fairer, but also to change what we mean by a successful business. Can a pub threatened with closure be repurposed as a community enterprise? Can shuttered shops be reopened as makerspaces? And can a Labour government, with a strong sense of public purpose and a mission to create a fairer, more sustainable, more democratic society, support new forms of business ownership, and new measures for business success? 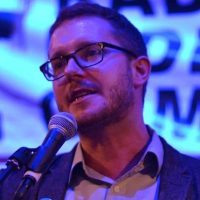