Patriotism has always been a difficult subject for the British left. Too often, it is seen as a vulgar form of nationalism. It is described as the opium of the working class, who cannot see that behind the flag and the natural attachment to the country that most British people feel hide the ruling class, predatory capitalism and war. For them, patriotism divides the workers and make them fight with each other for the interest of our rich and powerful British bourgeoisie. In their world, the workers of the world are united. They have no real country, no love for their nations and no other goal than the destruction of world capitalism. They believe in a fairy tale about workers waving the red flag and fighting for world socialism, as Lenin, Trotsky and others believed in.

Nobody can reject the advantages of a world without borders, but it is evident that the British working class might not agree with the socialist’s dreams of a few middle-class people in London who know nothing outside of their little bubble. Here is the problem. Whilst they claim that there is no form of patriotism that can be progressive and claim that patriotism is inherently a right-wing concept, most working men and women in our heartland see patriotism as the love they feel for their land, their work, their towns and their families. Patriotism is more than just flag-waving and God Save the Queen. It is part of the community’s spirit, of which we are all proud and makes this country unique for most of us. No, being a patriot does not make you a racist or white supremacist.

I have always been amazed by the unwillingness of the British left to engage with patriotism. As a French socialist, I find it quite difficult to understand. Not only in France is the left unapologetically patriotic, but they have built their own political world and mythology around the notion of the defence of the Republic, the French Revolution and of its territory. It is the French right that historically is unpatriotic, not the left.

Of course, the French left has a history of bringing systemic change through (sometimes violent) uprisings. This is something that the British hard left would love to see in UK, but they don’t grasp that those systemic changes have been brought by the imperative need to protect the country and its institutions. In other words, the French left has not always been revolutionary, but it has always been patriotic.

During the French Revolution, the common people of the lower classes, called les sans-culottes, were deeply patriotic, whilst the royalistes were the traitors who worked with foreign kings to crush the Revolution. Thus, it is the common people who fought against the King and his privileged friends who had no patrie and hated France. These people by their sacrifices shaped the French left-wing political world throughout history. In every revolutionary episode that France has been through since then, you will find the desire to protect the country as the starting point for political changes.

In 1830, the defence of the interest of France and of its people was central in the July Revolution. The overthrow of King Charles X was made possible only because the people of Paris wanted to save the country from him and his family. Then, La Commune de Paris in 1871 started with the desire to protect the country and its people. What sparked the revolution was the left and the working classes’ refusal to let the Prussians enter Paris. They fought back against them and those who betrayed France by refusing to fight the enemy. This is how the most radical, socialist, anti-clerical, feminist government Western Europe ever had started. Yes, even La Commune de Paris, the event that forced Karl Marx to reassess some of his writings (including the Manifesto), was born out of the French desire to protect the country.

The year 1934 is another great example of what we can call left-wing patriotism in action. 6th February 1934 saw various fascist organisations try to overthrow the Third Republic in Paris. But it is the united front of the left who fought back and defeated them, which saved the country. This led to the victory of the Front Populaire in 1936, which introduced political and social changes in France, such as two weeks paid holidays. Even the French Resistance was only possible because a section of the democratic left, then joined by the communists, refused to accept the Nazi invasion of the country and the government of Vichy. Here again, the far-right betrayed the country, whilst the patriotic and democratic left continued to fight.

Even today, the French left – from the social democrats to the hard left – have organised around Jean-Luc Mélenchon. Patriotism remains an important part of their political belief. Of course, we cannot deny the danger that it also represents. For instance, the so-called ‘mission civilisatrice’ of the French Republic helped justifying the worst excess of French colonialism and explains why France is also a racist country today. And when this form of left-wing patriotism mingles with French nationalism, the French left can become as racist as the far right and do contribute to the hostility towards French Muslims. Meanwhile Mélenchon, once invited to speak at The World Transformed and hailed as a new hero by the hard left, is also well-known for his sovereigntist and antisemitic outbursts.

I believe that this is something the British left should learn from. Yes, France has a different political history and the left has a proud revolutionary and republican tradition. But the British left used to be proud of being British. The greatest generation, who fought the Nazis and the fascists from Dunkirk to El Alamein, from Salerno to the beaches of Normandy, were all proud patriots who then voted for the most transformative Labour government this country ever had in 1945. They elected not just a socialist government but a patriotic Labour party. They voted for a party that believed in Britain and wanted to make this country great for all of us. This is what British left-wing patriotism means. 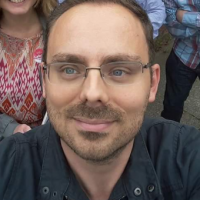 Stephane Savary is national vice-chair of the Jewish Labour Movement and a member of UK Labour and the Parti Socialiste in France.

View all articles by Stephane Savary