Labour has criticised the Tories for their failure to deliver on a key 2019 Conservative Party manifesto pledge as the government has announced that plans to abolish ‘no-fault’ Section 21 evictions have been postponed.

Responding to a statement from housing minister Christopher Pincher in parliament today, Labour’s Thangam Debbonaire stressed that the “situation facing renters couldn’t be more urgent” during a debate about protections for tenants.

The Shadow Housing Secretary highlighted that the end of the temporary suspension of evictions under the emergency Covid legislation on Sunday had made the need for the government to scrap Section 21 of the Housing Act 1988 more pressing.

Debbonaire said: “The situation facing renters couldn’t be more urgent. Lifting the ban on evictions as we head into a second Covid spike is irresponsible and a betrayal of their promise that no renter will lose their home because of coronavirus.”

The controversial piece of legislation means that landlords can ‘seek possession’ of their properties during the tenancy, and the tenants can then be evicted from their homes without any reason being provided.

The Shadow Housing Secretary added: “Renters are being served Section 21 notices, leading to automatic evictions, as we speak. This legislation cannot wait.”

Charities and campaigners have renewed their calls for ‘no-fault’ evictions to be abolished, in order to alleviate some of the pressures on renters, as the country looks to be entering a second wave in the coronavirus pandemic.

The Prime Minister vowed that he would scrap the evictions during the general election campaign and included the plans in the last Queen’s speech, with a proposed renters’ reform bill earlier this year.

But Pincher told the House of Commons this afternoon that the manifesto commitment has been postponed until there is a “sensible and stable economic and social terrain” on which to carry the plans forward.

The leading housing charity Shelter warned earlier this year that 227,000 private renters will be at risk of eviction when the ban is lifted, and campaigners are urging the government to put further measures in place.

Labour called last week for the government to extend the emergency evictions ban, which was first introduced in March. The government rejected calls from the opposition and charities and the suspension was lifted on September 20th. 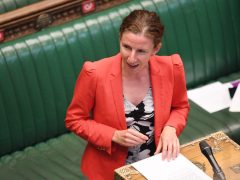 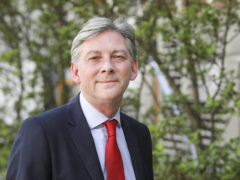 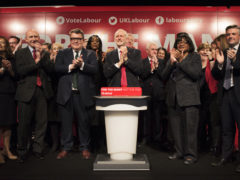