Keir Starmer aired his first party political broadcast (PPB) as Labour leader on Wednesday, which readers can watch here. Titled ‘A New Leadership’, the video features Starmer outside his childhood home in Surrey describing why he is proud of Britain and how his values match up with those of voters.

To mark the occasion, LabourList has delved into the archives to find the first PPB from each of the new Labour leader’s predecessors – from Jeremy Corbyn through to John Smith…

‘Straight talking, honest politics‘ was released less than a month after Jeremy Corbyn won the leadership election in 2015. The then Labour leader used the broadcast to highlight his defence of human rights and social justice, and it talks about the new leader receiving the support of “ordinary people across the country”.

With a focus on campaigning and the rising membership of the party, it feels at times as if the video is more directed at potential party activists than voters. That tone is probably best expressed in the final line: “It’s fun to campaign together. My job is to lead the party, my job is to enthuse the party. Come and help me.”

The first broadcast from Ed Miliband, called ‘Labour’s New Generation‘, strikes a similar tone to that of Starmer in that it aims to communicate a clean break from the past. Peppered with interviews of young, newly elected Labour MPs such as Liz Kendall (a future leadership contender) and Chuka Umunna (a future defector to the Lib Dems), the PPB emphasises the party’s preparedness to “listen” to voters after losing the 2010 election.

Much of the video centres on immigration, which foreshadows how Miliband’s Labour later went big on backing migration controls – to the extent that the leadership decided to print the policy on a mug. It prominently features a speech from Miliband saying: “I get it. People weren’t prejudiced about immigration, people felt anxious and insecure.”

The then Prime Minister’s first PPB, simply called ‘Strength‘, aired just under three months after he took over at 10 Downing Street. It leans heavily into his personal history, including the story of how he partially lost his sight. In an interview from Brown’s home, occasionally spliced with footage of him out meeting ‘the people’, the PM describes how his vision was only restored thanks to the “skills of the doctors, the care of the nurses and the compassion and support of the NHS staff”.

For a politician who was often seen as cold and mechanical, the broadcast works hard to present a more human figure. It shows Brown talking about his family, and he describes a meeting with a child called Max who overcame his own struggles with reading thanks to a Labour-provided tutor.

Party broadcasts are often accused of being fluff pieces, which are light on detail, but Blair’s first PPB from September 1994 is far from that. He talks within the first minute about building a “successful modern business economy” and how we need to see “the public sector and the private sector actually work together”.

Blair goes on in the film to outline Labour’s key pledges on the NHS, schools and the economy, which is interspersed with glowing descriptions of the leader by politicians and members of the public. He also cracks out one of the earliest examples of the quintessential New Labour slogan: “Tough on crime, tough on the causes of crime.”

The first PPB featuring John Smith dates back to December 1992, and it focuses on the newly signed Maastricht Treaty. The film explains that Labour wants to make the European Union “more than just a market place”. How times have changed.

It criticises the then Prime Minister John Major’s failures as President of the European Council and ends with a speech from Smith in which he accused the Conservatives of being too focused on Europe and failing to have an “active government at home”.

Andrew Kersley is a LabourList reporter. 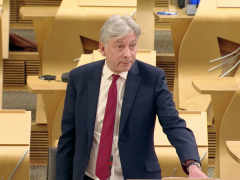 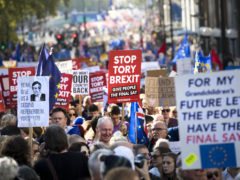