Over the past few weeks, students from across the UK and further afield have been either returning, or arriving for the first time, to Scottish universities. Last week, freshers’ events were held across Scotland in what ordinarily would have been an exciting time for incoming students, with the opportunity to make new friends, join societies and settle into university life more generally. Then, two days ago, all of this changed with the announcement of harsh restrictions placed on students after Covid-19 outbreaks.

I can understand why you might ask, “Why did students physically arrive on campus during a global health pandemic? Wasn’t an outbreak surely inevitable?”. It is not uncommon to hear cries of how irresponsible and reckless students have been. But this rhetoric is deeply unfair and detracts attention away from who is ultimately responsible: the Scottish government and Universities Scotland.

Most students were promised that they would receive ‘blended learning’ – a combination of both remote and in-person teaching. However, we now know this is not the case, and all learning will be remote for the foreseeable future. This begs the question, why would universities make this promise to students, with the knowledge that learning was likely to be entirely remote, and in full awareness of the dangerously unnecessary risks of encouraging students to arrive on campus? The answer is painfully simple: the Scottish government and Universities Scotland have put profit before people.

Over the past few decades, higher education has seen turbo-charged marketisation. By encouraging students to arrive on campus, universities have reaped the financial rewards of tuition fee payments and the sky-high costs of halls of residence. It seems unimaginable that universities were not aware of the risks. Murano Street Residences at the University of Glasgow, the largest student halls in Scotland and the epicentre of the Covid-19 outbreak, holds 1,579 rooms. Surely the university could have predicted that throwing such large numbers of people into shared living spaces could only end in disaster? Why weren’t adequate measures taken during the summer to ensure that student accommodation would be safe to live in?

Students were also lulled into a false sense of security by universities. At my own university, the University of Glasgow, many Freshers’ Week events were held in person. There was a Freshers’ Fair for societies and various events at the student unions, such as a vintage clothing sale. The university’s Beer Bar was open during the evenings and often attracted queues of students. All of this was not only permitted but actively encouraged by the university.

Yesterday, the news broke of 172 positive Covid cases at Murano Street Residences with various other outbreaks at universities such as Dundee and Aberdeen. Despite universities and the Scottish government having actively encouraged students to return to campuses and participate in freshers’ events, the blame was immediately pinned on students. That evening, the announcement was made that all students were banned from seeing anyone outside of their own accommodation or from visiting pubs, bars, cafes and restaurants. Students were told that any breaches to these rules “will not be tolerated”.

Where does this leave students? Not only have we been scapegoated by the Scottish government, but we have been confined to our accommodation without knowing when we will be able to see our families again. First-year students are trapped in poor quality student halls, with people they have only just met, after having likely left home for the first time in their lives. Extortionate accommodation fees are being paid, as well as grossly high tuition fees for non-Scottish students, without the academic and social experiences that this was promised to bring.

Students from within halls are already talking of feeling isolated and lonely. Students who are vulnerable to Covid due to health conditions are now trapped in an at-risk environment, seemingly unable to leave. This is bound to be particularly difficult for students who have disabilities such as autism, learning difficulties or physical impairments. No mention has been made of students who may have caring responsibilities. Students who do not live in halls have also been included in restrictions, despite no clear evidence that they are part of the outbreak. There has been no thought given to working-class students who rely on part-time employment to afford living costs. The situation is so utterly dire that the Children and Young People’s Commissioner Scotland has raised concerns regarding “human rights implications”.

Potentially, all of this could mean that students who are vulnerable, suffering from mental health problems, or reliant upon part-time work might drop out of university. Due to austerity measures imposed by the Westminster and Holyrood governments, our mental health services are simply not fit to deal with the crisis that is bound to ensue from these conditions. The Scottish government has already failed young people this summer with the SQA exam fiasco, and now they are failing young people again.

Where do we go from here? In the first instance, direct action is needed to protest the harsh measures and poor living conditions that first-year students face. The Glasgow Uni rent strike campaign has already been established on social media to force commercialised universities to listen by impacting their profits.

Secondly, the Scottish government and Universities Scotland need to take responsibility for their part in causing this outbreak, rather than continuing to scapegoat students. The government and the universities had a duty of care to students, and on this they have totally failed.

Thirdly, the Scottish government need to commit to increased funding for youth mental health services so as to halt the downward trajectory of youth mental health conditions. However, this would only deal with the symptoms. If the Scottish government really want to help students and save higher education they need to deal with the cause and overturn the commercialisation of the sector. Never again should profit come before the safety and wellbeing of students. 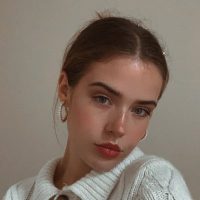 View all articles by Morag Innes