For as long as I can remember, Labour and trade union women in Scotland have been organising and lobbying for fair and equal representation. The STUC’s 50/50 campaign ran throughout the ‘90s. Working with politicians and a vibrant and diverse Civic Scotland, the Scottish Constitutional Committee committed to deliver real change. The demand was for a Scottish parliament, supporting gender balance right from the beginning. Letters were signed by many to that effect, including one Richard Leonard.

When a Scottish parliament was finally delivered, Scottish Labour honoured that pledge, delivering 50% of the party’s MSP group as women in 1999. In 2003, that went to 56% but it has fallen back in recent years and the fight for 50/50 must again be won.

As things stand, a whole generation of younger women know that representation is anything but equal. For those who worked so hard to deliver the Scottish parliament, it seems like a betrayal – and yes, many women use that word to describe just how let down they feel.

Richard Leonard was elected on a platform promising to improve representation, and the Scottish Labour women’s committee have held him to his commitment every step of the way. It’s been a difficult few years but they have worked tirelessly to reclaim lost ground and ensure that at least 50% women, in all our diversity, are selected as candidates for the 2021 Holyrood election.

The last few Scottish executives have discussed this, agreed the principle, and a working group led by deputy leader Jackie Baillie was set up to examine options. Conversations have been had with representatives from right across our movement. A number of options have been considered, but the goal throughout has been to deliver at least 50/50. The most obvious way to achieve that was to ensure a woman finishes top in each regional list for next year’s Scottish elections.

Richard Leonard supported this, but went further. His proposal is of historic significance in the fight for equal representation. He proposed a vision where women, including women of colour, LGBT+, disabled and working-class women, are encouraged to come forward – and, better still, with protected places on the list.

Those key workers, the ones who kept society going during the pandemic, should absolutely be amongst this group. Nurses, paramedics, care home assistants, refuse staff and other frontline workers all need greater representation in our parliament. Labour must lead the way in delivering an increase in working-class representation at Holyrood, to transform Scottish politics forever just as the founders of our party did over 100 years ago.

This is not about all-women shortlists or excluding men, it’s simply about putting women at the top of a diverse list, with zipping thereafter. This would create a list of candidates that reflects the society we seek to represent, delivering at least 50/50 in the process. What is there to argue against in this, you wonder?

If Scottish Labour is to reverse its recent fortunes it must start reaching out to wider society, rekindling that passion, hope and drive for natural justice. The party must bring forward a new set of candidates that mirror our society and offer a freshness and enthusiasm that resonates with the electorate.

We need a group with the same belief in a better Scotland that drove the movement that delivered a Scottish parliament a generation ago. Labour was at the forefront then and should be again. We need that passion and ambition. What better way to start this process than going back to those founding principles and committing once again to equal representation and diversity of women and men? What better way than to ensure that those candidates are representative of the communities they seek to serve? 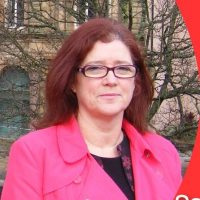 Siobhan McCready is a trade unionist and member of the Scottish Labour women's committee.

View all articles by Siobhan McCready