Our country is facing an unprecedented jobs crisis. The Office for Budget Responsibility predicts that, by the end of this year, nearly one in eight of the UK’s workforce will be unemployed. Yet Boris Johnson – a man who is struggling to get by on £150,000 a year – is determined to remove the furlough scheme in its entirety, a typically over-simplistic decision that will leave millions of jobs on a cliff edge.

Earlier this month, Gordon Brown, alongside Labour metro mayors and leaders in Scotland and Wales, launched the ‘Alliance for Full Employment‘, a campaign that looks to deal with the current jobs emergency and meet the need for good employment that is well-paid and fulfilling. It is a campaign that encompasses every region and nation of the United Kingdom, but one that needs to be rooted in our local communities.

That is why we, and 1,200 of our Labour councillor colleagues, wrote to the Prime Minister last week, urging him to change course and help avert the worst effects of an economic crisis that could eclipse the global financial crash of 2007-2008. As local representatives, we have seen council budgets slashed, public services eroded and our communities forced to bear the burden of the Conservatives’ austerity agenda for a decade.

Over 1,000 children’s centres closed. Public transport slashed. Special educational needs provision starved of funding. Adult social care forgotten about. The pain our communities have endured for ten years must not be extended and deepened further through austerity 2.0. Without targeted support for sectors and local lockdown areas that have been badly affected by the pandemic, we know that viable businesses will fail and employment will be lost. This will extinguish any hopes of a quick economic recovery from the deep recession we are facing.

The economic impact of Boris Johnson’s decision to make a blanket withdrawal of furlough is not the only concern. If support is not provided for areas under local lockdown and incomes are not protected for people who are self-isolating, the government will help create the conditions in which the virus will spread. It is welcome that some people on low-incomes will now receive a one-off payment of up to £500 if they are forced to self-isolate. But many people on the breadline will not be eligible for this payment and simply cannot afford to go two weeks without pay.

The £95-a-week statutory sick pay currently offered to those self-isolating is woefully inadequate – if it is not possible for people to work from home, the British public will be left with the impossible choice of not earning or breaking the isolation rules. Regardless of the government’s threat of a £10,000 fine, risks will be taken if people cannot pay the bills or put food on the table for their children. In short, Boris Johnson is risking the health of workers and their families if he refuses to secure their livelihoods.

The situation is now critical. Not only will the current furlough scheme end in a month’s time, but a second wave now looks inevitable. At the time of writing, Michael Gove has been charged with communicating the latest government U-turn and is touring the TV studios urging people to work from home, if they can. It is also expected that Boris Johnson will announce a 10pm curfew on pubs and restaurants later this evening.

With these new restrictions, and with more surely on the way, Boris Johnson must now reconsider and give workers, businesses and sectors the certainty and protection they so desperately require. We need a financial support system that targets industries worst hit by the pandemic; supports any areas under local lockdown restrictions; and ensures incomes for people who are forced to self-isolate, including for those who are self-employed. Boris Johnson must act now in order to save jobs and to save lives. 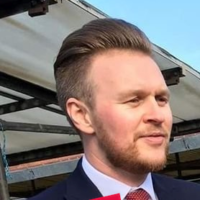 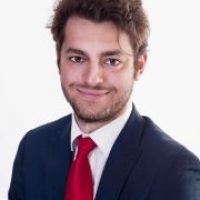