The Tribune group has three candidates standing for Labour’s national executive committee elections this year, for the first time in our history: Theresa Griffin, Liz McInnes and Paula Sherriff. Three women who know from long personal experience about campaigning and the fight we have to win in areas we lost. Three strong, courageous, determined women with bucketloads of integrity, who will stand up for socialist values on the NEC.

Many people are interested in who we are and what we stand for. We thought it might be useful to have a quick guide. The Tribune group represents people of the left of the Labour Party who want to work with others to see our socialist values realised in government. We want a unified movement with a radical agenda.

Our members have been fighting for social justice for decades and include many of the strongest parliamentary advocates for policies including:

We are internationalists, and we are co-operators. Many Tribunites in Parliament, including Keir Starmer, served our party on the frontbench throughout the last five years, and were major contributors to our 2017 and 2019 manifestos. Social justice, equality and solidarity are Tribune values, and our existing policies are a solid foundation on which an agenda for the 2020s can be built.

At the last election, voters were angry with us because we failed to offer them an alternative government they could vote for. The Tories exploited divisions in Labour and in our country with ruthless efficiency, and they will continue to divide, conquer and destroy – if we allow them to do so. The growing disillusionment with the Tories is beginning to be felt across the country. The public can see that the Prime Minister isn’t serious, and his party isn’t up to the job, but we still have a huge challenge ahead to rebuild trust.

As Keir said, Covid-19 thrives on the structural inequalities that we must defeat. It is more important than ever that we work together to eradicate racism and inequality. And the peril in which the education of the young and the care of the old have been placed during this crisis powerfully makes the argument for radical Labour change. This could and should be the best country to grow up in and the best country to grow old in.

Labour can make a huge difference, even after our defeat last year, if we unite. Infighting and tearing each other down makes this so much harder. Labour values of decency, fairness, opportunity, compassion and security are the public’s values. Our first task is putting forward candidates who can articulate and stand up for those values and that voters can trust at every level of government and right across Britain.

The Tribune group will be an important forum over the coming years for left-of-centre members within Labour to come together, listen to our communities and construct a narrative with relevant radical policies to inspire hope and trust in the electorate. We derive our basic politics from those on whose shoulders we stand, the great radical reformers and socialists of our past who created positive and sustainable change for working people. Throughout its history, Tribune MPs have striven to be a constructive voice for socialist values within the Labour Party.

We will help rebuild trust and credibility in Labour as a government in waiting, and we want you to be part of that. Our three candidates for the NEC have the political experience and the left-of-centre Labour values that we share as Tribunites. If they are elected to the NEC, they will work with Keir to achieve his clearly stated aims: to unify Labour, to rebuild trust in our party across our country, to create a radical and credible policy agenda, to win the next election and implement it. 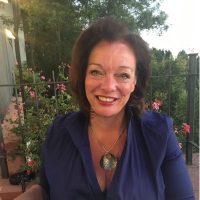 View all articles by Lyn Brown