I want to turn Young Labour into a national winning campaign force. I need your vote to transform Young Labour into a support hub for young people during these times of perpetual Tory crisis. YL should be a buzzing centre-point of activism, trade unionism and community organising. But before any of that is possible, we must work together to make it a genuinely welcoming and inclusive environment, where nobody is left behind. I am happy being the candidate for chair who is not backed by either of Young Labour’s two traditional warring wings. It has allowed me to step back and look at YL with the eyes of a problem-fixer, rather than as a sectarian player. We cannot begin to transform YL without first being open and honest about its current state.

The response to my campaign has blown me away. First, winning the endorsement of Open Labour members, then gaining over 100 nominations from young members in my first week, then being nominated by SERA – Labour’s environment campaign – and Labour Housing Group. But I have also experienced a large amount of ‘gatekeeping’ in this election. There has been a concerted effort not to defeat me at the ballot box, but to exclude me from the ballot altogether – and to pressure me into dropping out. I can only imagine what these barriers feel like to those who are from more under-represented backgrounds. At this rate, we will not find ‘the next AOC’, the next Bernie Grant or the next Nadia Whittome. We need development pathways without barriers for the talent of young members to flourish, and without the need to play destructive factional games.

We have grown up through a decade of Tory austerity, rising hate crimes and economic crises. We all know that the #YouthDeserveBetter, and I will fight for a better future for every single young person. I am driving a positive programme for change, having launched a campaign to end the Covid crisis on university campuses – with seven clear demands on Westminster and the devolved governments. To fight for our futures, YL needs to link up with party affiliates to explore education and skills pathways to help our members access better opportunities. And the organisation should launch a national recruitment drive in every constituency, learning environment and workplace across the UK, bringing new members into our movement.

I will be pushing for trade union recruitment to make sure every young worker is supported from day one. This is not about lazing about on committees or hosting the occasional event – we need a strong, year-round partnership with our trade unions that delivers real action for YL members. As chair, I will organise a series of workshops with shadow ministers, trade unions and socialist societies to help train up young activists whilst amplifying their voices in our party’s policy-making process. We should also create a digital YL resource hub to equip our young members with the tools, skills and confidence they need to deliver winning campaigns and secure a better future for our generation.

To truly address both the climate crisis and the global rise of the far right, we must rebuild our relationship with the Young European Socialists and strengthen ties with our young socialist partners around the world. I will help give our members a global voice where they currently have none and open up opportunities for our members to work with like-minded activists around the world. To build a winning movement, we need up to 20 paid youth organisers to work with our members across every region and nation. I am determined that local and regional YL groups and their executives must be supported with proper funding, resources, and training; harnessing the ideas and campaigning power of young people would help the Labour Party rebuild ward by ward, community by community.

But none of this is possible unless we can truly say goodbye to YL’s current disenfranchising, hostile and toxic culture. That is why I am asking you to put your faith in me and elect me as your next chair of YL, and to back fellow candidates committed to this vision. I am the only candidate for chair to have outlined a broad strategy to make YL a welcoming and inclusive environment where nobody is left behind. It is not enough to say that we will all just be nicer to each other (although that would be a good start!) or simply to refuse to acknowledge that we have a toxic culture that needs ending.

We will start by creating a specific constitution and a code of conduct with mandatory equalities and safeguarding training for every YL committee member. We will set the tone from the top that bullying, harassment, abuse and all forms of racism and bigotry are utterly unacceptable. I would lobby for the creation of a youth-specific safeguarding and complaints procedure that is effective, and join in efforts to improve the internal culture across the party. It will be a long process, but it is vital if we want our party to rebuild from the inside out. And that is only the tip of the iceberg.

Together, we will challenge Boris Johnson’s government at every turn and produce an energised party that is fighting for a fairer future and is determined to win. Building for a Labour victory in next year’s local elections begins now. Building for a socialist Labour government begins right now. The fight for the futures of young people has never been tougher – but never has it been more necessary. You deserve better. The #YouthDeserveBetter. Read more about the YL we could have here. Vote Cathleen for chair, and together we will build a winning party, where no one is left behind. 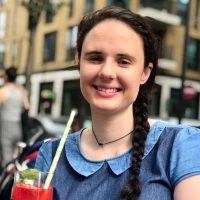 View all articles by Cathleen Clarke