I am running for chair of Young Labour to build a youth movement that empowers our young activists to fight everyday for a Labour government with Keir Starmer in No 10. I joined the Labour Party when I was 15, on the night of the 2015 general election. I watched in horror as the Tories under David Cameron won, knowing that they were on course to lead the country into more devastating austerity. I knew then that the best way to make a difference was to become a Labour member and fight for a Labour government.

I grew up as a child of an alcoholic, suffering physical abuse from the people who were supposed to protect me. Statistics say I shouldn’t be here today, fighting for a better future for young people. But I’m running to be chair of Young Labour not despite my life experiences, but because of them. My vision for Young Labour is simple: I want Young Labour to unlock the potential of all young members with an online campaign hub, to have proper safeguarding in our youth movement, and an actively anti-racist Young Labour.

Young Labour members have so much potential. But without funding we are not given the tools we need to create change in our communities. I would change this by setting up an online campaign hub where young members can access training and political education. From starting a local Young Labour group and running community campaigns, to guidance on how to become a councillor or information on how to organise in your workplace – this would be a go-to resource for everything that young members need to fight for a Labour government.

The toxic culture of Young Labour needs to end. The abuse that our current chair has suffered – experiencing antisemitic bullying so bad it got mentioned in parliament – is despicable. It is vital that we fix this. I want to see designated safeguarding officers in every regional Labour office with well publicised guidance for young members to seek support, a properly independent complaints process and anti-racist, unconscious bias training for officers to make Young Labour a safe space for all our members. Young Labour must always stand against racism, antisemitism, islamophobia, transphobia, anti-Gypsy, Roma and Traveller hate, homophobia, ableism, classism, misogyny and sexual harassment.

Alongside this Young Labour must be inclusive and unequivocally anti-racist. I am a North West regional ambassador for the Holocaust Education Trust, educating young people on the Holocaust and working with survivors to end the scourge of antisemitism. I will ensure Young Labour put words into action to fight with Black Lives Matter activists and encourage young members from BAME backgrounds to stand for election in the party. I am so proud to be backed by the Jewish Labour Movement, and I will work with them to ensure we have zero tolerance against antisemitism in our party, bringing back their antisemitism awareness training for Young Labour groups and student societies.

I am ready to fight for a better future for our movement and the country. I would work everyday for a Labour government and to get Keir into No 10 in 2024. We need a Young Labour that is ready to take the fight to the Tories, and I am the chair candidate to lead it.  If you would like to know more you can find me via Facebook, Twitter or on my campaign website. 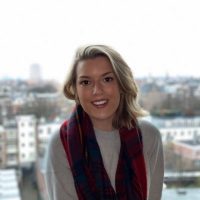 View all articles by Eluned Anderson