The Labour Party has released a new series of political attack adverts targeted at the Conservative Prime Minister and his heavily criticised handling of the government response to the coronavirus pandemic.

Labour MPs and other supporters have today taken to social media with enthusiasm to share the new graphics produced by the party, which echo some of the accusations thrown at Boris Johnson in recent weeks.

One of the images being shared on Twitter states “he’s lost control” beside an image of the Prime Minister. This mirrors concerns voiced not only by Keir Starmer but also a former NHS regional director as Covid cases increased last month.

Another pictured Johnson in front of the words: “Serial incompetence.” This has been a favoured attack line from the shadow frontbench, used recently by the Shadow Health Secretary, deputy Angela Rayner and the Labour leader.

The party has released other adverts in a similar vein, with messages including “he’s got no answers”. The graphics echo the line pushed by Starmer repeatedly at Prime Minister’s Questions, challenging Johnson on his competence in the pandemic.

The Labour leader told the Prime Minister today that the public could perhaps understand the most recent government error, which saw nearly 16,000 cases not passed on to the test and trace system, if it had been an “isolated” incident.

But he identified repeated failures: “There is a pattern here – on care homes, protective equipment, exams, testing. The Prime Minister ignores the warning signs, hurtles towards a car crash, looks in the rear mirror and says ‘what’s all that about?’”

The Labour leader has frequently criticised the Prime Minister for “incompetence” in his management of the pandemic, including when he recently backed new Covid measures but slammed Johnson for not listening to prior warnings about the virus.

He also told viewers in a Sky News interview last month that Johnson was not up to the job of being Prime Minister in a pandemic, arguing that the Tory leader does not have the right “character” for the role. 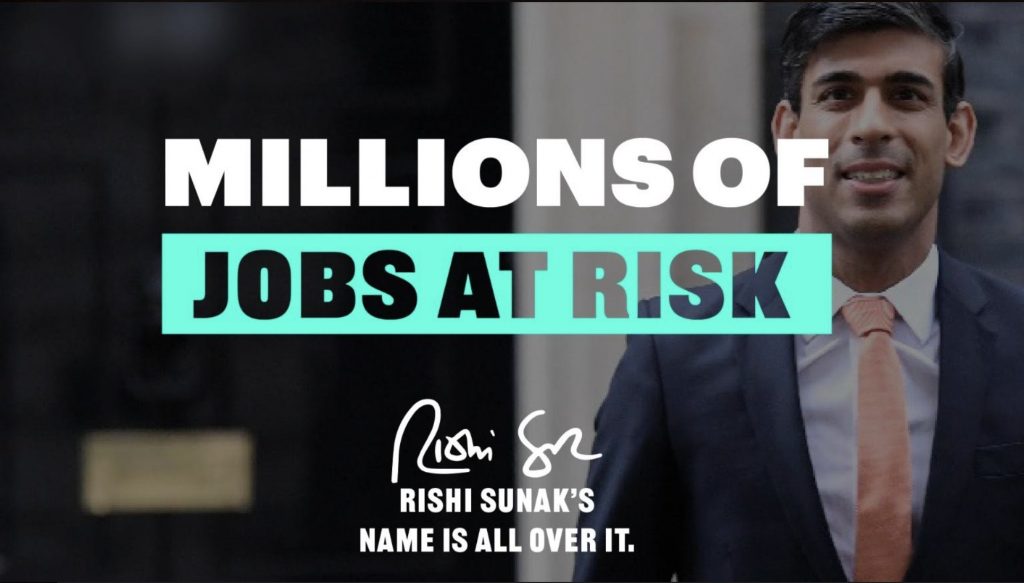 Labour recently launched attack ads targeting Rishi Sunak, often tipped as a potential candidate for next Tory leader, that mocked the slick branded graphics put out by the Chancellor’s team to celebrate his policy announcements.

Referring to the fact that the graphics posted on social media by the Chancellor are often branded with his signature, Labour declared of the government’s economic policies: “Rishi Sunak’s name is all over it”.