I joined with members of the Nigerian diaspora in the UK and with all Nigerians yesterday to celebrate the country’s independence from the British Empire. Nigeria has grown significantly since its independence from British colonial rule. Nigeria is now the economic powerhouse of Africa and on course to have a larger population than that of the US within the next 30 years.

I am proud of my Nigerian heritage and have been looking forward to these celebrations of 60 years of independence. This is of particular importance to me as I am the first of MP of Nigerian heritage to represent a constituency in the West Midlands – the people of Coventry North West. The International Organisation for Peace and Social Justice (PSJ UK), various church groups and The Nigerian Chaplaincy hosted a prayer event to mark this great occasion, and I was delighted to be able to participate.

But this event was not just about celebrating Nigeria’s independence. It also recognised the challenges that the nation is facing, including the insecurity for many and the particular targeting of Christians in Nigeria by Boko Haram. This is an injustice that still requires a response from the Conservative government, the Nigerian government and the international community.

I joined the Labour Party because it shares my values: decency, fairness, opportunity, compassion and a desire for security. It is those values that are compelling me to speak out against this crisis and to urge governments to do better in safeguarding oppressed and vulnerable minorities around the world to create a better, safer and fairer future for all of us. There is so much more that the UK government can and should do to help those at risk around the world – be that the Uighurs in China, Christians in Nigeria or refugees in Calais and the Mediterranean.

As the Covid-19 pandemic has shown us, we all live in a global village and do need to be the keepers of our brothers and sisters. In Nigeria, a recent report from ICON discloses a staggering toll of almost 100,000 deaths since 2000 and almost 30,000 violent attacks on vulnerable communities yet both of our governments seem content to trot out the same, tired lines of rhetoric and even less decisive action to bring an end to the killings, incidents of maiming and frequent kidnappings – particularly in the middle belt and northern parts of this beautiful country.

I hope that the various Nigerian Independence Day events this week will highlight and prompt the media to cover the darker side of these diamond jubilee celebrations. With over 100 of the Chibok girls still missing six years on, and with Leah Sharibu still being held in captivity for not renouncing her Christian faith, some will argue that there is not much to celebrate. There has been an increased awareness of persecution – including the examples of the Rohingya and the Uighurs – and yet these stories and examples can too often be pushed off front pages by non-stories about the inane.

In addition to my devotion to the people of Coventry, I hope to continue to lead efforts to recognise the plight of our global relatives so that the UK will indeed be a leading force for good on the global stage. 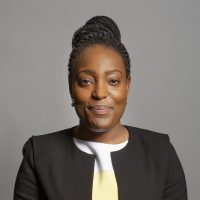 View all articles by Taiwo Owatemi