In the seven years that I’ve been a member of the party, I have received only two direct emails from just one national executive committee (NEC) constituency rep – and before you ask, yes, I’ve been checking my spam folder. I decided to stand for the NEC myself because members deserve the right to be involved in the decision-making process and that can only work if reps work to engage and inform members. No meaningful movement can claim to represent a progressive and transformative agenda if information and participation is limited to a select few.

That’s why the first of my four main pledges, if elected, is a commitment to produce bi-monthly reports and to arrange regular webinars with Constituency Labour Parties (CLPs) across the country. I want to ensure I engage with members on the discussions and decisions taken by the NEC. You have to be involved in the process and should be – that’s why I’m standing.

You can read my pledges here. To determine these four main pledges, I did what I always do: decided these are the issues that are important to me, and reached out to party members to discuss and challenge them. The members I reached out to represent a broad section of society from a variety of Labour political leanings and have each generously donated their time to provide a critical review.

I want to elaborate on that process as an example of how I approach issues. Throughout this election campaign, I have received numerous emails from members and affiliated organisations asking what I will do to tackle racism, transphobia, homophobia, unfair stereotypes and other prejudices. My first approach in looking to tackle any issue, especially those I don’t have lived experience of, is to talk to members who have those experiences about their ideas, the solutions needed and how to make those solutions a reality. I make this pledge to the affiliated organisations who have contacted me about these issues: if elected, I want to meet with you and your members. I want to talk about these issues and I want to work with you on delivering the solutions.

To make clear where my starting position is on the two main issues that have been raised repeatedly by members and organisations, let me briefly state:

There are some in Labour who at times seem embarrassed by the party’s relationship with the trade union movement because they haven’t learned, like the good people of Liverpool have, to stop reading The Sun. Conservative news outlets like to peg the Labour leadership as “in the pockets of the unions” as if that was akin to suggesting we were backed by large multi-million-pound corporations disconnected from the realities of working life. Trade unions represent working people and to be the party that is funded and supported by working people should be a source of pride, not of some twisted shame. If elected to the NEC, be in no doubt that I will work to strengthen our trade union links.

I know that as an independent candidate getting elected to the NEC will be a challenge, but there are two things to consider. First, with your support it is possible and, secondly, this is the Labour Party – surprises do happen. If you have any questions don’t hesitate to email or follow me on Facebook. 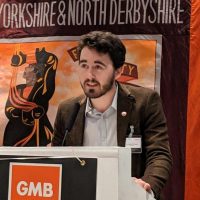 Joe Wheatley is the former chair of Shipley CLP, a former district council candidate and an activist with the GMB union

View all articles by Joe Wheatley