As new UNISON representatives on the Young Labour national committee, we are delighted to be serving at a time that demands action for millions of young workers across our movement and nation. The coronavirus pandemic has exposed ten years of brutal, ideological Tory austerity inflicted upon our public services and communities.

Amid a pandemic, we are being governed via one self-induced crisis after another. Years of neglect and privatisation have exacerbated the impact of the pandemic for the very key workers we clapped for week in, week out – from shortages of personal protective equipment to the crisis in care homes to a lack of nurses; from a shortage of Covid tests to a testing system run for profit over the welfare of our people and communities.

As UNISON members and activists, we are proud to be part of a 1.3 million-strong movement that has led the fight against these governmental failures. A decade into Tory rule, we now see a growing number of public sector young workers who have only known pay cuts and caps, privatisation and an absence of investment in their places of work.

Now, with a national pandemic from which to recover, UNISON is calling for a pay rise of at least £2,000 for every single NHS worker. In the midst of a global crisis, it could be perceived as self-indulgent to focus on an internal Labour election – but we could not disagree more. Young trade unionists need their voices heard and amplified by our Young Labour movement now more than ever.

As UNISON representatives, we are looking forward to serving on a reenergised committee, working with other trade union reps and members to build a coalition of campaigners in our movement. Together, we will stand up to the Tory destruction of our environment and their increasing privatisation of public services, which should remain in our hands. It is also up to us to stand in solidarity with young people in the public sector who, coming out of this crisis, will be more likely to be consigned to unemployment, which already stands at over half a million.

We will ensure that the committee launches a membership drive. It is vital that we persuade young people to join a union, as well encouraging young people to stand for office within our movement and ensuring that they have the tools and support to do so. We will be steadfast advocates in ensuring that Young Labour is a safe and welcoming environment for all. We will work with and be steadfast allies of the Jewish Labour Movement, the Black Lives Matter movement, as well as working with LGBT+ Labour and the Labour Campaign for Trans Rights to ensure that no Young Labour member feels they are not welcome in a party that will always be the party of equality.

The list of failures from the Tories in Westminster is endless, and the crisis today seems now centred on self-preserving posturing and evading scrutiny at every turn – rather than listening to the scientists and backing Labour’s credible plan led by Keir Starmer that puts people first. As your UNISON representatives on the Young Labour national committee, we pledge to do our utmost to support our party and represent our movement in holding this shambolic government to account. 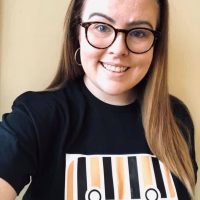 Charlotte Martin is a Labour councillor for Tameside and a UNISON representative on the Young Labour national committee.

View all articles by Charlotte Martin 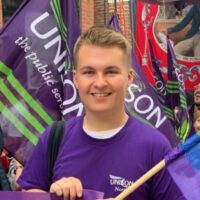 Jamie Dickinson is a UNISON representative on the Young Labour national committee.

View all articles by Jamie Dickinson