Since joining the party in 2015, enthused by the left-wing leadership of Jeremy Corbyn and then becoming active within the movement during the 2017 general election, I have been massively inspired by the amount of talent and drive from Young Labour members throughout the eastern region. Like many young people, it was easy to find myself disenfranchised with electoral politics – but in Labour, largely due to the support and guidance from those in my local Constituency Labour Party (CLP) as well as Young Labour comrades throughout the region, I found my political home within the movement. Being a young member on the left is not without its challenges but, for me, the best course of action is always to stay and fight to ensure that Labour continues to represent the people too often left behind.

With a legacy of over ten years of devastating cuts, Tory austerity has decimated our public services and left far too many people across our regions in desperate situations. In my hometown in Essex, due to a lack of safe and secure affordable housing and exploitative Tory policy, I have seen the impact that permitted developments have had on too many families. With house prices soaring and a complete lack of council housing across the board, too many young people have been forced into private renting – where over a third of their salary goes towards exploitative landlords. As a private renter myself, I know how living in insecure housing can feel for young people at the moment.

From precarious housing and employment, it has never been more important for young people to join both trade and tenants’ unions – and become active in them and fight for the rights they deserve. Collective action is integral to our movement, and I want to work on a programme of political education to be delivered for Young Labour members across the East, empowering them to organise within their communities and workplaces, to secure the best situations possible going forward under this Tory government.

The pandemic has brought along its own obstacles. From retail staff to carers and teachers, young workers have been at the forefront of this pandemic – only to be met with the government’s measly statutory sick pay if they have to self-isolate. Alongside the devastating losses of family and friends, young people have faced a plethora of redundancies from industries across the board. As a young worker myself, I experienced redundancy as a result of Covid. And whilst the furlough scheme offered support to workers over the past few months, we can only expect more redundancies to come. This will leave too many young people without income and receiving little support from this incompetent government.

Students have been massively impacted, from the stress of receiving their A-Level grades to now having to isolate in their halls and participate in virtual lectures – all whilst paying extortionate fees and rents. If anything, this pandemic has shown just how right we were to fight for a National Education Service with free education from cradle to grave, giving everyone a good opportunity to learn and develop their skills no matter their background or age.

Young people are on the frontline, bearing the brunt of this crisis. A government, which told us to get back to work and ‘Eat Out to Help Out’ whilst forcing us back into schools and universities, now points its finger at us – rather than at its own incompetence – as the reason the virus is out of control. It is unacceptable, and I would fight to make sure that Labour rejects this contemptible narrative.

We deserve better, and I believe that by making eastern Young Labour a campaigning force on relevant issues such as housing, climate change and insecure work, we can achieve that. Collectively, we need to ensure we hold the leadership to account. From delivering a green new deal to supporting transgender rights and the Black Lives Matter movement, we must remain a force that does not shy away from the struggles of challenging the status quo.

During the Peterborough by-election, I saw the number of young activists who descended on the city from across the region to help elect a Labour MP. Whilst our young members are dedicated door-knockers and campaigners, they cannot just be treated as foot soldiers come election time. I believe through political education, we can encourage young activists to stand for positions themselves.

As the youngest councillor in Harlow, I know the importance of young representatives in the council chamber providing a voice for their local residents. Too often, young people’s issues are overlooked. By encouraging Young Labour members across the region to stand for council themselves, and providing the advice and guidance they need to do so, we will see a shift in the dynamic as young candidates bring a new energy to every election they run in.

I will not let eastern Young Labour members be forgotten about. Having travelled around the region as youth representative of the regional executive committee and organising campaign days with several Young Labour groups, I know how difficult it can be to organise in our region due to terrible transport links in areas that are too often forgotten about by those in Westminster. I no longer want to see any ‘true-blue’ constituencies throughout our region, and I believe we can achieve that by empowering young members across the East with accessible training, resources, support and guidance for both new and established Young Labour groups.

Having chaired my own Young Labour group over the past three years, I know the importance of an active group – from hosting events, fundraisers and campaign days to engaging other young members for whom a CLP meeting can often be an all too daunting place. I want to work on the safeguarding of all our young members across the region, and demand as much support as the party is able to provide in terms of safety and inclusivity.

Young Labour, with over 100,000 members has the power to shift and influence the direction of the party. But for this to be achieved, we need to be a strong body with solid representation in its regions. I am standing for eastern representative because I want Young Labour to be a campaigning force that empowers our young activists with opportunities and education. When ballots drop on the 19th, please do vote for me, Shannon Jezzard, for a socialist eastern Young Labour. 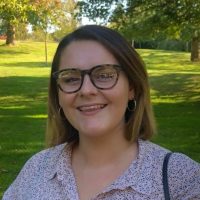 Shannon Jezzard is a Labour councillor in Harlow and sits on the eastern regional executive committee as youth representative.

View all articles by Shannon Jezzard