Like, I suspect, most people who read articles on LabourList about a candidate in an internal election, I love the Labour Party. It is the place where we can bring about positive change for our communities, our country and our planet. But the reality is that the Labour Party, like any organisation, is not perfect and over the last few years there have been several things that should have been done differently. It is those things that have inspired me to put myself forward for Labour’s national executive committee (NEC) – despite reading feedback reports over the years from both Ann Black and more recently Alice Perry and wondering why on earth anyone would want to put themselves forward for that!

I’ve got five main pledges covering the key issues. Firstly, selecting parliamentary candidates. In both the 2017 and 2019 general elections, most candidates in the South East region were selected not by their Constituency Labour Party (CLP) but by a combination of NEC and regional board members. In 2019, more than 60 out of 84 candidates were selected that way. That is totally unacceptable and should never happen again. For some members, their parliamentary candidate selection is seen as a duty and we must ensure they are able to carry it out. If I’m elected to the NEC, I will never support any process that cuts members out in the way we saw in 2017 and 2019.

My second pledge is around complaints. If you bring more than half a million people together, the reality is that sometimes things will go wrong. It is critical that a good organisation has a well-resourced, effective complaints process. The Labour Party simply does not have that at the moment. That isn’t about individual party staff who are doing their very best, but about having the right level of resources in such an important area. I’m aware of several complaints that have taken years and still haven’t been resolved – that’s not good for the person who made the complaint, the person the complaint has been made about or, indeed, their branch and CLP. I am supportive of the call from Labour Women’s Network and Labour Too for sexual harassment cases to have an independent process and would be open to the complaints process for all cases to be independent if that is practicable.

My next pledge is on the issue of resources. We need to make sure that CLPs, regions and nations have the resources to do their job properly. A small percentage of your membership fee goes back to your CLP – I want to see a fairer distribution of resources to all parts of our party. I am a recovering CLP secretary, so I know only too well the hours that CLP officers, all of whom are volunteers, put into making sure our grassroots organisations function as effectively as possible. I firmly believe they deserve not only a huge amount of respect (not least for dealing with the hundreds of emails for NEC candidates) but also support to make their roles as straightforward as possible. That means getting good access to training, better ways to share best practice and Labour Party technology that doesn’t fail when you are attempting to email all members or produce a leaflet to put out to your community.

My final pledge is around supporting our local elected representatives. It has been a privilege to serve my hometown of Chatham on Medway Council since 2007 and to be one of nearly 7,000 councillors standing up for Labour values across the country. We need to see more being done to support both councillors and local government committees in ensuring we have the best possible campaigns to increase that number further. In a previous life, I was the GMB officer with responsibility for the Labour Party so, as well as being an election-winning machine, I absolutely want to see our party being a good employer, something that there is always room to improve on.

Finally, if elected as an independent candidate, I will work with whoever is elected alongside me. I’ve got a proven track record of working with people across the internal political spectrum, most recently in my current role as chair of the South East regional board. I hope you will lend me one of your preferences as this NEC election for me ultimately is not really about policy direction, although I’ve been happy to answer many questions on that so far. It is about making sure we have a well-organised, functioning Labour Party, which uses all the talent of our members and is ready to fight local, regional and national elections to put a stop to Tory incompetence and deliver Labour victories, starting in the critical elections next May. 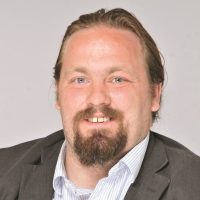 Vince Maple is a councillor for Chatham Central, leader of Medway Labour and chair of Labour's South East regional board.

View all articles by Vince Maple