Our industries are in crisis. We are facing a historic economic downturn, with millions out of work and many more expected to follow. Combined with record-high temperatures, what may have seemed like once-in-a-lifetime events are now becoming a regularity, from global recessions to catastrophic natural disasters. We need work to live, but we cannot live without the environment. Against this crisis of Covid and climate, how can we save jobs while saving the planet on which they depend?

We launched GMB for a Green New Deal to do both. As trade unionists in GMB, the third-largest trade union in the UK, we have an opportunity to lessen the impact of the climate emergency through the creation of secure, well-paid, green jobs. Our members work in a range of industries, from energy to aviation, and have ready-to-use skills and expertise for the green economy – from retrofitting homes to turbine production. The current situation for workers may be uncertain, but there is no reason why the future cannot be one of security, safety, and possibility.

For workers, the benefits of the green new deal are massive. A full transition from fossil fuels to fully renewable energy sources could create more than three times as many jobs in these sectors than in oil and gas. By current estimates, the growth of jobs in wind energy exceeds the number of oil jobs affected by a transition to renewables. Being ambitious on the climate not only has the potential to create vast numbers of jobs, but is the sensible thing to do to protect those already in existence.

Still, for British workers, these promises may sound too good to be true. Deindustrialisation has historically had a devastating impact on families and communities across the country, with the memories of the miners’ strike and regional decline still fresh for many. It is understandable, then, that workers might be cautious when hearing about industries that must end for the sake of others and the skills they will now need to be able to stay employed. That is why workers are at the heart of our plans for a zero-carbon economy.

Education and re-skilling should be free and accessible to all, with adequate support and security in place for workers to make the switch. Likewise, transition programmes should be tailored to suit the needs of local communities affected by a phase out of fossil fuels. This could be achieved through community investment funds, drawing on the example of North Rhine-Westphalia in Germany, where the federal government committed funds to establishing research centres and better transport to attract technology-intensive industries to the area.

Most importantly, existing rights of workers in fossil fuel industries should be guaranteed, protected, and strengthened. This could be achieved by ensuring that any transition programme is accountable to work and community representatives, and that jobs are created for those lost with equivalent terms and permanent contracts. Lastly, union rights should be safeguarded through recognition agreements and sectoral bargaining. This would empower workers in all industries to green their workplaces while improving conditions and union representation.

The green new deal is representative of the broader change we would like to see across the union. Recent reports have highlighted institutional issues in bullying, sexism, and structural biases that lock out grassroots members from decision-making, particularly underrepresented voices, such as women and those from minority ethnic backgrounds. We need drastic reform to ensure that GMB, and the labour movement as a whole, is not only a safe space but also open, democratic, and led by its members – all of them. GMB for a Green New Deal was formed on these very principles, and we hope that our efforts will encourage others in the labour movement to push for change, which we know must come from the bottom-up.

We can save jobs and the planet. For too long, we have treated climate change, now climate emergency, as a fringe interest of academics and activists, and without much thought to the world in which people spend most of their time – work. As workers, we know better than anyone how our industries operate, as well as the skills and expertise needed to keep them running. Who better than workers to design, implement and power the green new deal? 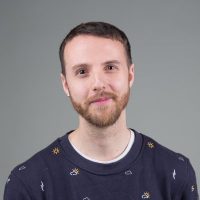 Alex Brent is a GMB activist and co-founder of GMB for a Green New Deal.

View all articles by Alex Brent