After last week’s vote against the Labour motion on free school meals, the surge of support for Marcus Rashford’s campaign brought much-needed cheer. His Twitter feed was a roll call of English towns, cities and villages, with offers of help flooding in from Bradford to Bude. In amongst the cafés and football clubs promising free meals were dozens of local councils, predominantly Labour ones, guaranteeing to fund holiday provision in lieu of government support. Given the severe strain on their resources, it is admirable that councils have come forward in this way. But for some, stepping in to do the work government should be doing is nothing new. These councils have food poverty action plans in place to combat hunger.

The entirely preventable growth of food poverty since 2010 has created a public health crisis, exacerbated by the fallout from the pandemic. Welfare policy is “significantly involved in triggering destitution” – something the government has repeatedly failed to address. Around two-thirds of food bank use is consistently linked to problems with benefits. Latterly Universal Credit, with its five-week wait and deductions at source, has caused extreme hardship. While a food poverty action plan cannot reverse the government’s welfare changes, it can mitigate their impact and build up resilience locally, providing buffers against hunger. At a time when the pandemic is causing the number of people in crisis to escalate, it is especially urgent to have a local strategy in place. It’s why the Labour Hunger Campaign is working alongside the Co-operative Party’s Food Justice campaign to encourage Labour councils to implement an action plan – and Labour opposition groups to present a motion on one, as councillor Jack Abbott has successfully done on Conservative-led Suffolk County Council.

Food poverty action plans are a collaboration between the council, statutory agencies, charities, local stakeholders and people with lived experience of food poverty. While addressing short-term crisis needs, they also put measures in place to reduce the structural causes of food insecurity. In the longer term, they aim to create a sustainable and accessible local food culture. They are emphatically not about creating more food banks, but about reducing the need for them. The council has a key role to play – not least because it can coordinate local initiatives, resulting in a collaborative approach to reducing food insecurity. Most significantly, it can use the levers already at its disposal to address the structural causes by encouraging full uptake of free school meals and Healthy Start vouchers; boosting people’s incomes through schemes such as council tax reduction; and using planning decisions to prevent ‘food deserts’ and promote low-cost healthy food outlets, for example.

When councils put food poverty at the heart of policymaking, it is extraordinary what they can achieve. Hammersmith and Fulham Council has introduced a pilot scheme on universal free school meals in secondary schools, using funds negotiated from property developers. These funds also provide universal breakfast provision in primary schools (in collaboration with the charity Magic Breakfast) and holiday food schemes. Commenting on the scheme, cabinet member for children and education Larry Culhane said: “We take a very tough negotiating stance with property developers, insisting that they offer 40–50% genuinely affordable housing, much of it social, and make large financial community contributions.’” The council has, he added, “used a lot of soft power, working with schools, voluntary organisations and businesses to implement our industrial strategy, of which tackling food poverty and building shared prosperity is a key strand”.

Newham Council has also prioritised school food. Buttressed by a community wealth-building strategy, it funds an ‘eat-for-free’ scheme that provides universal free school meals in primary schools. In Liverpool, meanwhile, money is allocated to councillors to give to food projects in their wards, while, in a ‘cash-first’ approach, claimants can access an urgent needs payment (usually £70–100) via a code sent to their smartphone, redeemable at local pay points. Measures to tackle poverty at source include maintaining an effective welfare assistance programme and topping up the government’s discretionary housing payment scheme to help prevent bedroom tax evictions. Assistant mayor for fairness and tackling poverty Jane Corbett said: “There’s no point tackling food poverty in isolation. We have to look upstream at the causes and speak truth to power, while trying to react downstream as best we can.”

In the absence of a national strategy on food poverty, Labour councillors must make the arguments in council on the need to prioritise tackling it. For years, my local council has been the biggest referrer to food banks in the area – a trend replicated elsewhere. We must change that relationship so that, instead of increasing the burden on food charities, councils work to reduce it. By implementing a food poverty action plan, they send out a powerful message that hunger is unacceptable – and they are serious about addressing it.

If you would like to find out more about setting up a food poverty action plan, check out Sustain’s resources here. 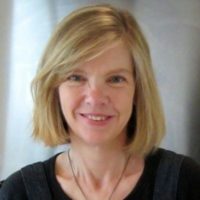 Jane Middleton is a food poverty campaigner and the founder of the Labour Hunger Campaign.

View all articles by Jane Middleton