This week saw the release of a new poll by Ipsos MORI that put support for Scottish independence at 58%, and pointed to the election of another pro-independence majority in next May’s Scottish elections. This has become a trend, with the last ten national polls all giving independence a lead.

Scottish Labour figures have responded by reiterating calls for more powers. Federalism is the word that Keir Starmer and others have used over recent months – but when the Scottish electorate is so polarised, there are big problems with this approach.

Nobody agrees on what it means.

In 2014, Gordon Brown argued for “as near as possible federalism” if Scots voted No. In the months that followed, Labour joined the Smith commission, a cross-party group to consider extra powers for the Scottish parliament. It brought in new powers, but not as many as Brown had implied, and not enough to quash demand for independence.

Scottish leader Richard Leonard has sought to clarify what federalism means, but has often been curtailed by colleagues. Does it mean fiscal autonomy? Does it simply mean more powers for councils? Until there is a shared understanding, it will mean different things to different people and be a very hard sell.

There’s little demand for it in Scotland.

Even if there was agreement across the party, it will be hard to build on. There is no civic movement for federalism and limited evidence of a demand among pro-union Scots. Polls show a majority of Scots want more powers, but most who say that also support independence.

A damning report into Scottish Labour’s 2019 defeat by the Our Scottish Future think tank concluded that the policy has “limited cut-through with the population or buy-in from either side of the debate”.

And then there’s Europe. The growth in support for independence has been exacerbated by Covid, but it has also been driven by Boris Johnson winning a majority and delivering a hard Brexit that most Scots oppose. Polling shows Scots prioritise EU membership over UK membership. Unfortunately federalism cannot maintain Scotland’s place in Europe.

There’s little demand for it in the UK.

Many forms of federalism would require the support of the UK. To create parity, England would need to be broken down with powers devolved across regions. Unfortunately there is little demand for this beyond its current pace. Covid may change things, with mayors playing a bigger public role, but, to date, assemblies and devolution have rarely been embraced outside London.

Ultimately, federalism is not dependent on the votes of Scots. Even if Labour won every SNP seat in 2024, it would not impact on non-Tory numbers in the Commons. The next Labour majority needs to be built in England.

The electorate in England is not particularly phased by the prospect of Scottish independence, with a majority saying the break-up of the union would be a price worth paying to secure Brexit. Can the same electorate really be persuaded to redraw the UK in order to avoid it?

How would it be delivered?

The Tories are unlikely to implement this kind of change, so who will? A UK-wide Labour government could, but that is a longer-term project and would be much easier said than done. Assuming an SNP-led majority is elected next May, there will be huge pressure for another Scottish vote ahead of the 2024 election.

Even if a referendum was held off for that time and a Labour government was elected, there would be so many things for it to focus on and rebuild, would federalism be such a priority? Even with the political will to do it, this kind of project could take decades. That is why the biggest problem for federalists is that it may be too late.

What future for Scottish Labour?

With or without independence, there can be a future for Scottish Labour, but it is increasingly hard to see how that happens while the constitution dominates the debate. That is why I tend to think that, regardless of the result, rebuilding will not be possible on this side of another referendum.

Another point from this week’s poll is that it also showed a split among Labour supporters, with 42% favouring independence. Nobody expects Labour to support it as a party. But there will be pressure on the leadership to support Holyrood’s right to call a vote in the likely event of another pro-independence majority being elected next May.

Questions are already being asked, but the messaging has been inconsistent, with Keir Starmer and Scottish Labour’s only MP, Shadow Scottish Secretary Ian Murray, appearing to take different lines. If Labour is to hold on to the supporters who favour independence, clarity is needed. It won’t necessarily stop a bad result next May, but it could make the post-election waters easier to navigate.

The alternative approach of refusing to back that right while saying ‘vote for us in four years’ time and if we get into government we may deliver federalism’ feels like a political dead end (and particularly difficult for a leadership that was so favourable to a second Brexit referendum).

Brexit and the election of two majority Tory governments have led to a material change in circumstances since 2014 and demand for a rethink. Accepting the democratic right of Scots to reconsider the question might be difficult, but doing otherwise could be fatal. 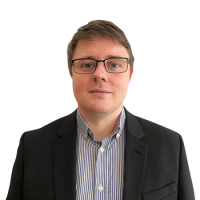 Andrew Smith is a Glasgow-based political campaigner who works for a human rights organisation.

View all articles by Andrew Smith