This year has been a complete whirlwind for all Members of Parliament, but particularly new intake MPs who have spent the last year learning the ropes and adjusting to new circumstances under the cloud of the pandemic.

I cannot complain: it is my constituents who have been at the sharp end of the public health and economic crisis that has ensued. It is people in communities everywhere that are facing mass redundancies, cuts to pay and increased living costs. This is without even mentioning the health crisis that has left so many, especially our vulnerable citizens, with ill-health, social isolation and in many instances so much worse.

I entered politics to make a difference. Being a backbench opposition MP, it feels as if opportunities to effect real legislative change are few and far between. That is why I am delighted to be presenting my private member’s bill to parliament on Friday, November 6th.

My bill, titled the ‘National Minimum Wage Act 2020’, will focus on tightening up legislation with respect to the payment of the national minimum wage (NMW). For example, government ministers will have to draw up regulations to ensure that employers keep detailed records, in conjunction with various enforcement bodies, to guarantee that wage obligations are met and individual pay transparency is afforded to employees on the NMW.

But the main premise of my bill is to end, once and for all, the scandal of domiciliary – or homecare – workers being discriminated against and denied their full entitlement under the law. This often happens in the form of employees not being paid properly for so-called ‘travel time’, or the time it takes to travel between individual home care visits.

Opponents will argue that the law as it stands already outlaws such practices. This may be correct but there is currently no adequate mechanism to make sure such injustices do not end in protracted court battles between employers and employees. My bill will put an end to these occurrences. Thanks to trade unions such as my own, UNISON, employees with the backing of their union have been awarded thousands of pounds in some instances as a result of this scandalous malpractice.

Ministers were falling over themselves earlier in the year to clap for our key workers. As I understood the concept, it included care workers. That makes a welcome change, given they are often the forgotten workers of a forgotten sector – the majority of whom are, of course, women. I have reached out to the government in good faith asking them to support my bill. I am not asking for further outlays of money from the Treasury or substantial changes to existing legislation.

No, my bill will not end the scandal of low pay or precarious employment across the care sector. Nor will it re-imagine the service as one fit for the 21st century, properly funded and ran in the public interest, not for private profit. Ultimately, the care job itself must be professionalised for those workers operating in the sector and seen as a career taking pride of place in a society with an ageing population.

Labour must grasp such an opportunity in the coming period, as the sector begins to creak under the financial turmoil exacerbated by the health crisis. In the meantime, we must start somewhere. That is why on November 6th I am asking Labour MPs to join me in parliament to vote for this small but significant change. 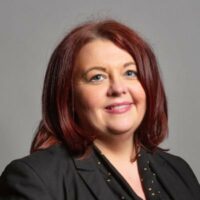