The fall of many Labour seats in the so-called ‘Red Wall’ may have come as a shock to some, but the truth is that the wall has been crumbling for years. This came about both due to a focus on marginal seats under successive Labour leaders and a failure to understand that the population in many so-called ‘safe’ seats was changing. Many of the seats referred to as mining areas, for example, have not had mines for 30 years. Seats in North Wales have become dormitory towns for places like Chester, as young families looked for cheaper housing, while in the North East people moved away from cities like Newcastle to find homes.

As these changes took place, the nature of work itself was changing. Voters in seats Labour lost or held by a whisker in the 2019 general election are more likely to be found working in call centres, warehouses or offices than steel making or shipbuilding. For years, the biggest employer in my old constituency, Warrington North, was not a wire works but a big Marks & Spencer. Smaller workplaces, often not unionised and with a younger workforce, mean that the old ways of learning about collective action from workmates or shop stewards no longer exist. No longer do people feel an automatic connection to the Labour Party through a shared history and purpose. They needed to be able to connect to Labour.

Yet too often, these people were neglected. Labour came to be seen as the party of big cities – as  lacking understanding of smaller towns or any interest in those who live there, especially communities in the North and Midlands. Winning these seats back requires a change in policy and emphasis. That process is already underway. But Labour will also need a full programme of engagement with the areas we lost and a special kind of candidate to lead that work.

It’s not just that we didn’t speak the language of aspiration and endeavour that characterises many of these communities. In some places, we did not speak to them at all. When I was an MP, I lost count of the number of times I was told that I should not be working in my own constituency because I “didn’t need” to. That view is patronising to working-class communities. It assumes that people do not think for themselves and that we have no need to work for their votes. It is the view of a party that thinks it has no need to listen and nothing to learn. I ignored it, but let’s be honest, there were MPs in the ‘Red Wall’ who either “didn’t believe” in door-knocking or spent too much of their time in London. This does not apply to all of those who lost their seats, but a look at the voter ID rates in places where we lost, or just scraped in, might be instructive.

Why is this important? If we don’t speak to people, we cannot understand them or their concerns. The first step in these seats must be to get people out on the doorstep – listening, not instructing – and that should be done as soon as the situation allows. Some of those seats will need help and support to do this because they lack the organisation on the ground. That cannot be done from London. These areas need support from active MPs and councillors in the same region, who understand the local needs and can use their own experience to persuade the party that change is needed.

The selection of parliamentary candidates will be crucial in this process. It’s not going to be easy because we need people who are in it for the long haul. People who are prepared to fight two elections, if necessary, to win back their seat. People who are prepared to do the hard slog of pounding the streets whatever the weather. Conventional wisdom says candidates should not be selected too early, but conventional wisdom also said that these seats would not be lost in the first place. Now we need leadership to take on new Tory MPs before they become entrenched.

Those candidates will need to be people of an unimpeachable reputation who have shown integrity and concern for their community. We may find people like that in the constituency we want to win, or we may find them somewhere else in the region. I would never argue that you have to be born in a constituency to be selected to represent it. But I do believe that you need to have some empathy for the people you represent – an understanding of their life experiences and their needs. The days of seeing seats like these as a convenient berth for candidates who were unable to find them on a map have gone. There should be no more absentee landlords.

These people we choose will have to be resilient. In places where people have been neglected in the past, they need be able to go out and take the punishment. To listen to people’s grievances and to be able to say: “Yes, I agree. You have been neglected and this is what I’m going to do about it.” They will need to be adept at taking up the issues people raise, pursuing them assiduously and reporting back quickly because there is a desperate need to rebuild trust in these areas. To show that we are concerned about these voters and the things that matter to them.

Above, all, these candidates will need support. It will not be enough simply to select people and then leave them to struggle on alone. They will need training, help to get campaigns off the ground and support from other MPs in the area. Those local MPs can be a sounding board for ideas, a friendly ear when things go wrong, or a source of useful suggestions as someone who has been through the mill themselves.

Being a candidate is much harder than some people imagine, and doing it for a long time is wearing physically, emotionally and economically. If we want people to take on this task, we should not leave them alone. We should be actively seeking out these people now, to find the local leaders who can take on the new Tory MPs, to challenge them when they let down their communities and to lead Labour’s fightback – because tomorrow may be too late. 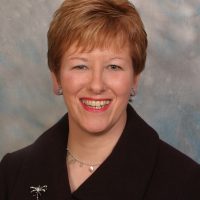 Helen Jones was the Labour MP for Warrington North for over 22 years until she retired in 2019.

View all articles by Helen Jones