My name is Kira Lewis. I’m 20 and running to be our party’s next national executive committee youth representative to build an open and more welcoming Young Labour. My life is rooted in our labour movement. Trade unions stick up for millions of working people like my parents – a van driver and a shop worker – and defended me in my warehouse job in a sick pay dispute during Covid. ​I know just how important a Labour Party built in the interests of working people can be.

Our party must put the young voices of our marginalised communities front and centre, and actively work to involve those of us, like me, who grew up in our rural regions and on free school meals. The Tory plan to draw out continued suffering and hardship for families like mine is beyond disgusting, and their refusal to feed hungry and vulnerable children was a disgrace.

They wasted £150m on unusable personal protective equipment earlier in the pandemic, and yet they refused to cough up the £157m it would cost to fund free school meals for the neediest children over Christmas and Easter. Happy to throw money around when it will benefit a private company, but tight fisted when it comes to helping families in the worst health crisis for a century. Seeing this Tory government in action makes my blood boil, which is why I would do everything I can to build a Young Labour that helps boot them out of office and get Keir into No 10.

But this lack of justice for working families is unfortunately nothing new. For the workers who have borne the brunt of this crisis, feeling unsupported and undervalued is unforgivably ordinary. Where I am from, in rural Somerset, young people face so many barriers to opportunity and success – barriers worsened by years of Tory austerity. That is why I want to build a Young Labour that is vocal on holding the Conservatives to account, and tireless in amplifying the voices of young people who their misrule affects.

I want to say thank you to the young activists, trade unions, socialist societies and Young Labour groups who have supported my campaign so far. I was blown away by the strength and enthusiasm of their support during the nominations period and I am so proud of the positive campaign we are running. I am so proud to be backed by my trade union, ​Usdaw, as well as ​UNISON​ – the UK’s largest trade union – and more. And I was so grateful to secure the backing of the Jewish Labour Movement’s young members with 100% of their voters backing my campaign for the NEC. We have to listen to the voices of Jewish members if we want to build a party that is a truly safe space for all.

Throughout the campaign, I have been working hard to listen to young members and build a collaborative manifesto for us all. By speaking to Young Labour groups across all of our regions and nations, and through open submissions on my website, I have built a comprehensive plan for the next two years and beyond for Young Labour, which is available at kira4nec.co.uk.

I know we can have a better Young Labour, that is active in spaces beyond Twitter. One that defends the rights of minority members and can build a campaigning force for our party. I will be vocal on our NEC, regularly reporting on what is going on, creating policies and processes for a trans-inclusive party and making myself as accountable as possible to finally bring our membership to the table. I was just ten when the last Labour government left office. The next one is just over the horizon – and I’ll fight like hell to get it. 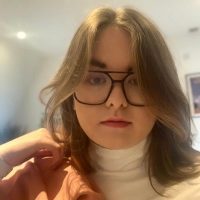 Kira Lewis is a Labour member and co-chair of London and South East LGBT+ Labour.

View all articles by Kira Lewis