The public sector pay freeze expected in the Chancellor’s upcoming spending review has been described by Labour as “irresponsible” and by trade unions as a “kick in the teeth” and a “cruel blow” to workers.

Rishi Sunak is reportedly considering the imposition of a pay freeze for millions of public sector workers in England next year following a huge increase in public spending during the coronavirus crisis.

The 5.5 million affected would include key workers, such as police officers, teachers and civil servants, who were applauded weekly in the early stages of the pandemic and have risked their lives on the frontline.

The Treasury in July confirmed that the government would look to “exercise restraint in future public sector pay awards” in order to ensure that “public sector pay levels retain parity with the private sector”.

Commenting on fresh reports that this will involve a public sector pay freeze exempting NHS workers, Anneliese Dodds said: “Workers on the Covid front line have kept our country going through this pandemic. Thousands of them have lost their lives in the process.

“Now – in the middle of a deadly second wave – the Chancellor wants to freeze their pay. The Prime Minister and Chancellor who once clapped for key workers on the steps of Downing Street is turning its back on them at the first opportunity.

“This is the irresponsible choice to make for the economy. Freezing pay will leave people worried about making ends meet – that means they’ll cut back on spending and the economy will take longer to recover.”

Referring to years of Tory austerity as well as Sunak’s slick personalised branding, the Shadow Chancellor added: “The Tories are making all the same mistakes of the past – and the Chancellor’s name is all over it.”

UNISON general secretary Dave Prentis described the proposal, which reportedly excludes NHS workers, as “a ​cruel body blow to ​other health, care and public service employees working tirelessly to get us through the pandemic”.

Predicting that it will “backfire badly with the public”, he said: “The government must do what’s right next week and announce the wage rise ​all staff have more than earned. Anything less risks destroying morale when the entire country is counting on them.”

The Fire Brigades Union (FBU) slammed the government’s “divide and rule tactics” and argued that “the ultra-wealthy and the corporations who have cashed in on this pandemic should shoulder the burden” of Covid costs.

The TUC’s Frances O’Grady commented: “A pay freeze would be a bitter pill for care workers, refuse collectors, emergency workers and all the key workers in the public sector who have helped keep the country going through this pandemic.

“Freezing their pay is no way to reward key workers for their service. Unions will fight for the proper pay rise they have earned. Working people must not bear the burden of the crisis.”

GMB, another Labour-affiliated trade union, highlighted that the “kick in the teeth” comes as the government is “doling out billions in contracts for their chums” via Covid-related emergency procurement.

GMB national secretary Rehana Azam said: “Workers have lost friends and loved ones. The crisis is still raging. Now they’re being kicked while they’re down. Our key workers are still feeling the effect of ten years of Tory austerity, pay freezes and squeezes…

“On the very day we discover the government is planning a pay freeze for millions of workers, GMB is gearing up to lodge a judicial review against the government decision to swindle public sector workers of their pensions should they leave their employment due to redundancy.”

Unite raised concerns in response to a new report by right-wing think tank Centre for Policy Studies that recommended a pay freeze, with the union suggesting that the research would be used as an “outrider to pave the way” for Rishi Sunak.

Assistant general secretary Gail Cartmail said the CPS analysis was “insulting” and pointed out that many public sector workers had already lost up to £3,000-a-year in real terms during the austerity decade. 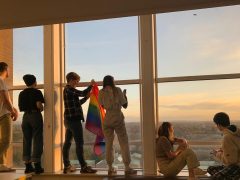 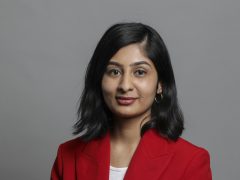 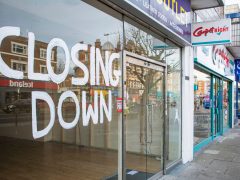