“We must stop treating our opponents as our enemy.” So said Joe Biden, in an acceptance speech that sought to bridge divides. Throughout his campaign, the Democratic presidential nominee shunned partisanship and sought to represent “all Americans”.

The fact that this platform won the Presidency demonstrates something that everyone on the progressive side of politics must grasp – namely, that it is not necessary to become a populist to beat a populist. Even with the US as polarised as it is, this was true. In Britain, a failure to see this has hampered Labour for years, culminating in the rise of Jeremy Corbyn and the electoral catastrophe last December.

Central to Corbyn’s brand of left populism was the idea that the political spectrum is a moral spectrum. The left, this idea says, is always at the virtuous end of the scale – a valiant White Knight, battling a self-serving and callous Dark Knight. “Any convincing political narrative requires a hero and a villain,” as prominent Corbyn supporter Grace Blakeley puts it.

Under Corbyn, this mentality led to a toxic approach. So-called ‘centrists’ were rendered unprincipled charlatans, unwilling to choose between good and evil. And Labour descended into countless skirmishes in narrow culture war debates. In policy terms, this ‘no enemies to the left’ mentality caused Labour to defend the indefensible. An obvious example was Corbyn’s reluctance to criticise Russia or Venezuela. He saw Vladimir Putin and Nicolás Maduro as White Knight forces, whose back the left should ultimately have against the US.

While Corbyn’s leadership allowed this way of thinking free rein, Corbyn himself did not create it. Parts of the labour movement have long embraced a romantic and partisan spirit, eulogising struggle and loss. In 1948, for example, just before the NHS’s creation, Nye Bevan sparked controversy by claiming that Tories were “lower than vermin”. An exemplar of the Dark Knight mentality, Bevan’s words were alleged by some to have alienated millions of voters at the next election.

Clement Attlee wrote to Bevan afterwards, describing his intervention as “singularly ill-timed” and stating that it jeopardised Bevan’s excellent work on the health bill. Bevan’s words had made Labour policies look tribal rather than objective – as though those who opposed the NHS’s creation “had a point”. Nevertheless, the ‘lower than vermin’ slogan adorns many a mug and fridge magnet in the homes of contemporary Labour members.

Ultimately, the Dark Knight myth leads Labour into the wilderness, fulfilling two self-defeating functions. First, it leads to the out-grouping of certain identities and characteristics. The privately educated person of colour, the Mail-reading immigrant, the Tory-voting benefit claimant, the finance worker who supports higher taxes. These and millions of other category-defying voters are asked to pick a side – and are effectively excluded from the Labour tent if they refuse. We need only to look at footage from 2019 election night – of Corbynites denouncing Red Wall voters’ lack of ‘empathy’ – to see this.

Second, the Dark Knight idea destroys Labour credibility. When we invest policies with innate moral worth, we become the party of dogma. Many voters back rail nationalisation, for example, but worry that our opposition to the private sector is so automatic that we would nationalise everything else too, on principle.

A 2017 psychology study helps to show why ultra-partisanship is counter-productive. It tested ways of framing ‘fairness’, and found: “A policy that exhibits impartial even-handedness in a caring way… may ‘be most effectively understood as ‘fair’… by the broadest audience.”

This is the approach that Labour and the left must take. True socialism should not idolise a society run as if by a staunch partisan, who is unquestioningly in ‘the red corner’ on every big question and in every petty squabble; who sees it as their role to reverse a cosmic grudge against their ‘side’. Rather, it involves a society organised as if by a neutral and incorruptible arbiter, who settles dilemmas in the direction of the most egalitarian and fair outcome.

These two socialisms align on many a policy point – like the windows of adjacent trains, drawing level. But their essences are different and so, like our two trains, are their ultimate destinations. The former, Dark Knight conception of socialism has the capacity to go off track – to judge, divide and seek out extremes.

I believe the British public are progressives at heart, and want Labour to embody the latter socialism. Yet repeatedly we drive an engine resembling the ultra-partisan former up to the platform, and are astonished when nobody gets on.

As we turn the page on ten years of populism and electoral failure, we must take note of the US Election and strive to make the 2020s a pluralist decade. Rather than being wishy-washy ‘centrism’, Biden’s refusal to demonise Republicans is the best route to progressive change.

Chris Clarke is author of ‘The Dark Knight and the Puppet Master’, published by Penguin Books. 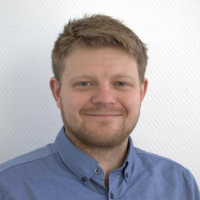 Chris Clarke is author of 'The Dark Knight and the Puppet Master', published by Penguin Books.

View all articles by Chris Clarke