We all know that the climate crisis will require radical action at national and international levels. But there is much to be done to address the crisis closer to home. Retrofitting housing in the UK will be a key step towards climate justice and – in the absence of a Labour government – we need Labour councils nationwide to be brave enough to take a lead.

Housing is one of the main drivers of climate change, accounting for a growing proportion of the UK’s carbon emissions. This includes both construction, with the built environment contributing almost 50% of greenhouse gas emissions, and existing homes. Our current housing stock is the least energy efficient in Europe, which drives up energy usage and bills forcing many to decide between heating and eating.

Not only will we have to green this sector of our economy to build the houses our country needs while meeting our climate commitments, but it is also an important vote winner. Retrofitting housing is the clearest example of an eco-socialist policy that will materially improve people’s lives, by eliminating fuel poverty.

The Institute for Public Policy Research (IPPR) recently published a report on the economic benefits of retrofitting northern homes. The report recommends a decarbonisation programme that would improve energy efficiency in over five million northern households and replace polluting heating systems with heat pumps in 4.6 million homes.

Unfortunately, if carried out at present, such a programme would not ‘level up’ the North and would fall far short of a socialist green new deal. While retrofitting is essential to bringing about a zero-carbon future, the programme outlined by the IPPR would only create private jobs and line the pockets of large private companies.

Between 2010 and November 2019, almost five times as much was spent on new private housing than new public housing, and double on private repairs. In 2006, at the peak of the UK’s housebuilding boom, the ten largest housebuilding companies accounted for almost half of newly completed homes.

This public/private imbalance is reflected in architecture too, with only 0.7% of all architects being publicly employed. Compare this to the early 1960s – the era of great public housing, when half of all architects worked in the public sector and the ten largest housebuilding companies contributed only around 8-9% of all housing – and we see just how dominated the market has become. 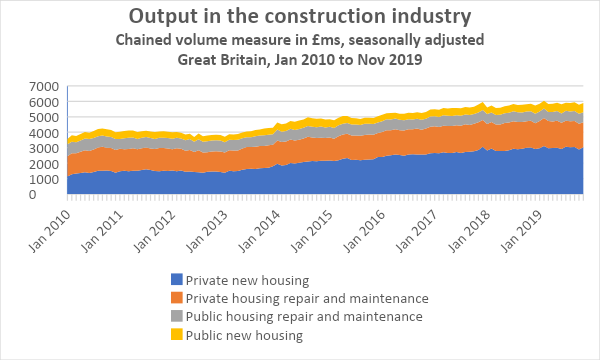 Not only should we be concerned by the concentration of wealth in private hands, we should also recognise that it is due to our current market-oriented housing system, and lack of publicly-employed architects and construction workers, that new builds are not being designed with people and environmental standards in mind. It is a fallacy that the private sector can build (or retrofit!) us out of the climate crisis. Instead of putting public funds into private pockets and relying on large property developers for poor-quality and unsustainable housing, we need to ensure that those who retrofit our homes are given good, well-paid public sector jobs.

Obviously, solving our housing woes is a problem that requires a (Labour) government willing to invest in and roll-out a total decarbonisation programme. But with climate activists rightly calling for a 2030 decarbonisation deadline to mitigate the worst climate impacts, and 2024 being the earliest possible date we can elect a Labour government, we need radical action at a local level now.

Councillors would not be working alone in this. Organised workers are already making these calls – as seen in UNISON’s national ‘Warm Homes into the Future‘ policy, and Leeds TUC’s campaign demanding local retrofitting. Municipal action in support of workers’ demands could help set the stage for a powerful left coalition to fight the climate crisis, at the same time preparing the ground for 2024.

The next Labour government must build millions of council houses. These cannot be built by the UK’s large, monopolistic housebuilding companies under our current system where both standards for sustainable design and accountability within construction are lacking. If the next Labour government can hope to provide green public housing for the many, our local authorities need to have publicly-employed, public-oriented design and construction teams in place to deliver it. We need to retrofit the houses – quick! 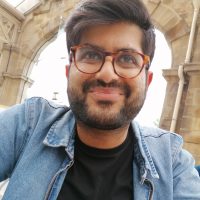 Minesh Parekh is a Labour for a Green New Deal activist and Sheffield Brightside and Hillsborough Constituency Labour Party delegate.

View all articles by Minesh Parekh