But it has been suggested that, while a desire for at least 50-50 is all well and good, the practical mechanism to deliver a woman at the top of every list may run afoul of the law. It seems that a certain interpretation of equality law may be deployed to ensure the representation of that notoriously powerless neglected and underrepresented grouping – men.

The papers for Saturday’s Scottish executive committee meeting have been leaked to the Daily Record to undermine Richard Leonard. These leaks are a continuation of the shambolic coup attempts that he has seen off time and time again. Wider than this, though, it is a blatant power grab from those based in Keir Starmer’s London office against the Scottish Party.

The quote in the Record states that “our QC’s view is that having the top place on a majority of lists reserved for a woman would be unlikely to meet the test of proportionality and would therefore be unlawful”. Yet we have not been given sight of this QC’s opinion, only the outcomes of their interpretation, and it is just that – an interpretation. Why is UK Labour withholding legal advice from the Scottish Party?

The UK party does not stop at withholding legal advice and blocking the promotion of women within the Scottish Labour Party. The Governance and Legal Unit quote states that promoting women would “invite almost certain legal challenge and will not be something the national party could sanction in terms of supporting or paying to defend”.

What is being suggested by the GLU is that democratically decided policy be overturned due to the possibility of a threat of legal action. It is a decision for the Scottish Party to make – and we are confident that the party will be on the side of women and fairness in the face of threats from lawfare.

If this legal advice is to be the excuse for putting women to the back of the bus, that will need to be made public. No attempt should be made to gloss over this move by arguing that it will help candidates with other protected characteristics such as race or disability. Saying ‘we are all for advancing women except where there is a “more diverse” man’ isn’t a message about women’s equality – it’s the opposite.

Women exhibit all the varieties of human experience and disadvantage that men do – except sexism, obviously. That’s what men, regardless of race, sexual orientation, disability, are immune to, and it’s one of the defining power gaps our society. Don’t take my word for it: take a brief glimpse at Glasgow City Council pay policy (and spare us the pleas for equality from those who kept silent during that monumental robbery of low-paid women), or our domestic abuse epidemic, or who gets murdered and who kills them. Structural misogyny isn’t some sort of second-tier strand that can be ignored because of something that impacts on men.

Those discriminations that have an impact on men – all of them – impact on women, too. Arguments that a woman can’t be at the top of every list because we also need to combat, say, racism or homophobia would only have validity in a world without women of colour, or lesbians, or where only men are living with disability.

Labour made a promise to women. It was a promise that we end a historic exclusion from women from equal representation in parliament. We should keep that promise. 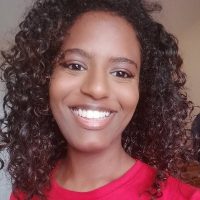 View all articles by Enas Magzoub