This year’s Young Labour elections resulted in a convincing victory for the ‘Socialist Future’ slate as we won 13 out of 16 available positions, including chair, international representative, all three student positions and the under 18s rep. Faced with insecure housing, expensive higher education and a looming climate crisis, a younger generation of Labour members overwhelmingly voted for a slate that supports an overhaul of a failing economic system.

Our generation understands that only socialist solutions can deal with our contemporary crises. And it is not just Young Labour members who feel this way either. Millions of young voters are desperate for a Labour leadership that grasps the extent of the task at hand and is willing to argue for a policy platform that meets the challenges we face. Young people understand that tinkering around the edges of a broken system and being ‘moderate’ simply will not cut it anymore. Our election has shown that the Labour Party’s future will be a socialist one.

As Young Labour, we want to show what a truly socialist Labour Party could look like. We will look outwards and work to build organising power in every community: by standing shoulder to shoulder with young workers on picket lines to take on exploitative bosses, marching with youth climate strikers for immediate action on the climate crisis and standing with tenants’ unions to resist evictions and unfair rent charges. A socialist society can only be brought about by a powerful agglomeration of grassroots forces standing up for themselves and working together.

Young Labour will do all it can to play an important organising role in building socialism from the bottom up. Much has been said by right-wing commentators about Labour ‘rediscovering’ its working-class roots – often code for adopting reactionary, right-wing positions, or watering down socialist politics that threaten the status quo. But we will not allow this to happen. Working-class support must instead be won by the collective action we take as a movement in defence of the interests of working-class people.

The Democratic Socialists of America over in the US showed what can be achieved when grassroots activism is taken seriously, with 26 out of the 30 candidates they endorsed elected to national office. They won with boots on the ground and because they took a clear, transformative stance on the biggest issues. They didn’t rely on their opponent’s incompetence or pander to the right-wing press.

Realising that victories do not come overnight, the DSA were active in their community all year round and built support for their candidate around issues that matter to working-class people like healthcare and housing. And in doing so, they made history, pushing the socialist movement in the US to new heights. We in the Labour Party have a lot to learn from them.

Which brings us to the current Labour leadership. So far, the small parts of the programme it has sketched out are way off what was promised in the leadership election – and we as the Young Labour committee are not afraid to call them out for it.

On renters’ rights, the party’s position is exceptionally weak, with Shadow Housing Secretary Thangam Debbonaire advocating a policy where renters pay back rent they have accrued over the pandemic, which would have the effect of plunging young renters into even more debt. Young Labour under my watch will champion transformational politics and remind the Labour party that there is no path to power without young voters.

On the climate crisis, Shadow Work and Pensions Secretary Jonathan Reynolds has proposed that pension schemes should be carbon neutral by “2050 or sooner” – 20 years off the net zero 2030 target that was mandated by conference last year. This is miles off where we need to be if Britain is to play the role required of us to keep global heating below two degrees.

Climate change is an existential threat that needs governments to massively scale up their efforts now. Kicking the can down the road to 2050 is almost as bad as doing nothing. Our Young Labour wants to see a socialist, internationalist green industrial revolution that pledges to take the necessary steps to protect communities in the global south from irreversible climate damage. No excuses.

We will be a Young Labour committee not afraid to talk straight to other parts of the party that are not pulling their weight. We are not here to sugar the pill for younger members, or as a step on the ladder of our own political careers. We want to do all we can to push Labour to become a socialist party and use our power to work with social movements to bring about socialist change in the interests of millions of young people crying out for a better system. And we cannot wait to get started. 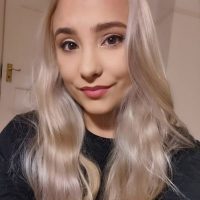 View all articles by Jess Barnard