The extent to which a Biden administration delivers on the promise of new, progressive global leadership remains to be seen. But it does offer an opportunity for a reorientation of how the left sees the world and the UK’s role within it. The ‘anti-imperialism’ of the last Labour leadership has little to offer, beholden to unbending principles that, whilst occasionally placing adherents on the right side of events like Iraq, offer no realistic guide to strategy or progressive values where action is required.

In a new pamphlet for Open Labour and the Labour Campaign for International Development launching on 10th December, we use insights from Labour foreign policy leading lights like the late Jo Cox and Robin Cook to suggest elements of an alternative. Criticising the ‘two campist’ approach of the hard left, which condemns the ‘West’ and condones the ‘rest’ regardless of circumstances, we suggest that on the major issues confronting the new Biden administration it is imperative Labour leave behind the legacy of Corbynism.

Led by Shadow Foreign Secretary Lisa Nandy, Labour’s foreign policy already shows signs of a major reset, presenting the potential for the party to construct a new special relationship of the centre-left turned newly outward towards the world. Left approaches to the US are still largely coloured by the legacies and limitations of Atlanticist policies during and after the Cold War, as well as the experience of Iraq and liberal interventionism. However, world events and alliances have moved on, and contemporary events in the Middle East do not fit easily into the Iraq template.

Joe Biden inherits from Barack Obama and Donald Trump a fractious world order not primarily produced by American intervention overseas, but rather inaction and self-interested calculation in the face of conflict. Where Iraq was a crucible for what happens when the US prosecutes its power as global policeman too assertively, the Syrian revolution resonates today as an example of what happens when it shirks responsibility to deploy its unparalleled power to promote peace and human rights.

Despite calls from Syrian civil society for assistance, when red lines were crossed the democratic world passively watched as the revolution was crushed by regime war crimes, Russian air power and Iranian militias. Too often in the past decade, the protection of authoritarian state sovereignty has been placed above protection of humans from harm, with parts of the hard left happy to see national borders limit humanitarian intervention.

Under Nandy’s initiative, Labour is already looking at developing proposals for reform of the UN Security Council, which has proved itself incapable of approving action to defend people from egregious human rights violations in Syria and elsewhere. As permanent members of the UN Security Council, China and Russia have repeatedly wielded their veto to defend the Assad regime from military and legal prosecution. How best to counteract their increasing global influence will be a key question confronting the new Biden administration.

Biden has stated an aspiration to establish new political structures bringing together liberal democracies in common cause against the contravention of democratic norms and human rights by countries like China, as well as the reinvigoration of existing structures such as NATO to deter Russian aggression. More broadly, this offers up the possibility for a human rights-led international agenda.

There is understandable scepticism about whether domestic priorities and strategies inherited from the Obama administrations will result in the kind of progressive interventions, such as in conflict resolution, that events require. What is clear is that if Labour is to exert pressure on the new administration to move in a more progressive direction, it will have to move on from the previous leadership’s approach. The unreconstructed anti-imperialism of the last Labour leadership either ignored Chinese and Russian economic and military expansion or viewed it as a justified counterweight to Western geopolitical encirclement.

This impossible non-alignment left Labour unable to articulate a clear-voiced critique of these authoritarian combinations of state and capital. But under Nandy’s stewardship, Labour has been commendably quick to condemn Russian aggression, as well as the Chinese repression of the Uighur Muslims and dissidents in Hong Kong. Its proposed human rights sanctions in response to evidence of grievous crimes against humanity in Xinjiang province go much further than the government’s own cowed words of condemnation.

On these issues and others, Labour has done a lot to restore its standing on defence and national security against a lacklustre government. The recent announcement of substantial investment in defence spending did imply some strategic thinking inside Number 10, and Conservative eagerness to pursue splendid isolation may ease without a kindred spirit in the White House. But the announcement of a cut in the aid budget is a depressing sign of Tory priorities at a time of global uncertainty and instability.

In the context of this impoverished idea of ‘Global Britain’, the Biden presidency may create an opportunity for the Starmer-led Labour Party to re-envision and reforge the transatlantic partnership around progressive internationalist principles, just as New Labour and the ‘New Democrats’ congregated around common points of domestic policy in the 1990s.

As indicated earlier, it should not be taken for granted that the American enthusiasm for a more independent and isolationist orientation towards the world will wane quickly. In this context, the responsibility also falls upon Europe to assert itself over the course of events. With NATO weakened by ruptures, it becomes even more crucial for the UK to maintain close political relations with our European partners, retaining proximity to European plans for closer defence and security integration and sharing resources of soft power like aid and diplomatic support as a bridge to the wider world.

That said, whatever the Biden presidency brings, the US will be indispensable to any attempt to construct and defend a safer and more democratic world. A post-populist centre-left resurgent either side of the Atlantic could have a bigger part to play on the world stage than at any time since the mid-Nineties ‘Third Way’, bypassing the old transatlanticism that led Labour astray in the Noughties for a new transatlanticism based on human rights and rule of law. This means escaping the constraints of the compromised worldview of the Corbynite left in order to offer a principled alternative to a right seemingly sapped of energy in defending liberal democratic norms across the globe. 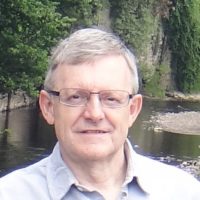 Paul Thompson is professor of employment studies at the University of Stirling.

View all articles by Paul Thompson 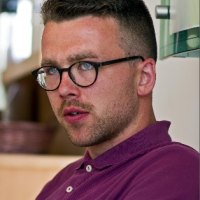 Frederick Harry Pitts is a lecturer in work, employment, organisation and public policy at University of Bristol School of Management.