In May 2021, Labour will fight its first campaign since ‘that’ election one year ago. For most of us that means gearing up for elections to local authorities, metro mayors, the Welsh Assembly and Scottish Parliament. Covid-19 means that we are forced to rethink our approach to campaigning, but after experiencing a fourth consecutive general election defeat last year, a complete overhaul is long overdue.

In 2019, Leeds North West was one of the few constituencies to achieve a swing to Labour. Against the backdrop of one of the most disappointing nights in the party’s history, we achieved the largest ever Labour majority in a seat that hadn’t been tagged a ‘Labour Hold’ since 2001.

We know that there are many factors that contribute to any electoral outcome. National policy, leadership, demographics and luck are all, of course, major contributors. We also know that last year there were many places that the ground was simply too infertile for any shoots of success to be planted, and that otherwise good campaigns were mercilessly punished. But we do need to look at where we did make ground, and how the techniques and strategies put in place might be replicable on a much wider scale.

In Labour, we are often very uncomfortable in talking about success. After election defeats, we indulge ourselves in endless debate about failure and who is responsible for it, often boiling it down to one single national issue. When we do talk about local campaigning, it is usually only referenced in terms of ‘hard-working activists delivering leaflets and knocking on doors’ and how they have been ‘let down’ by whatever narrative we really think contributed to the outcome. But this reduces the craft of campaigning and underestimates the power activists have to influence results in our own localities.

What is even more dangerous is that the techniques we are told to employ never really change. Old assumptions go unchallenged. Is it right, for example, that the aim of door knocking should be to have quick transactional conversations where we come away with a single piece of information – their voter ID? Is the best way of using that data that we gather up all the promises in order to knock them up on election day? Is that all there is?

In Leeds North West we have been on a journey. Over a number of General Election cycles and in our local campaigns we have quietly revolutionised our approach and have seen tangible results. This did not mean rolling out any new fad or indulging ourselves in crazy experimentation. Instead we looked at all aspects of campaigning, and  improved the way we organised, moving from a transactional into a relational approach.

On the doorstep, for example, campaigners were encouraged not only to obtain voter ID but to find out the reasons for any equivocation or hesitation that a voter had about voting Labour. This information was collated and direct mails were sent back to those homes relevant to those issues.

We saw data, not just as numbers on a screen, but as part of gaining an intimate understanding of each of our road groups, the demographics, the local issues and which issues were key in motivating those people to vote. We saw activists not as automatrons who had to merely get round the constituency but as messengers with agency to make decisions and contribute to the decision-making process.

None of the individual techniques we talk about in our pamphlet ‘Marginal Holds’ are silver bullets in and of themselves. Those looking for new ideas for their campaigns will find them, though they may not be applicable to every situation. We are not trying to replace a one size fits all approach with another one size fits all approach. We are instead trying to start a national conversation about the craft of campaigning and the importance of well thought through and well-organised local campaigns that are centred around human interaction and understanding.

The Labour Society of Campaigners are bringing activists from across the country together to do just that and we are proud to be presenting our pamphlet at their first event. Let’s draw a line under last year’s result and instead focus on sharing our experiences and good practice. Let’s end the endless internal fights and instead build a grassroots approach which is ready for the challenges ahead.

Marginal Holds is to be launched at 7pm on Sunday 13th December 2020 by the Labour Society of Campaigners. 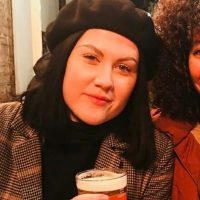 Lauren McDonald is the co-author of the pamphlet Marginal Holds which explores the 2019 General Election from their perspective in Leeds North West.

View all articles by Lauren McDonald 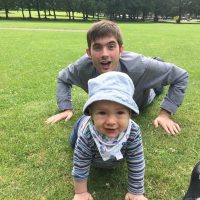 Nik Rutherford is the co-author of the pamphlet Marginal Holds which explores the 2019 General Election from their perspective in Leeds North West.

View all articles by Nik Rutherford